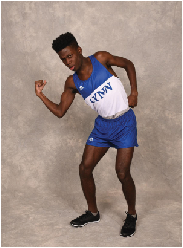 Eric Silva may be best known for his talents on the track, but his passion for dance truly drives the Lynn athlete.

Born in the deserts of Angola, Silva and his family moved to Singapore when he was very young to escape the struggles of the Sahara. Silva was enrolled in the Singapore American School (SAS), one of the best international high schools in the world. It was there that Silva discovered his passion for music and dance.

“I have many passions and music in general is definitely one of them,” said Silva, freshman. “Music definitely helps define who I am.”

At SAS, Silva participated in the school’s band. During his time there, Silva learned how to play the euphonium, the trumpet and the flute. Silva honed his dance skills as he got older, and his mother showed unwavering support.

“My mom loved to dance,” said Silva. “She really influenced me when I was young to express myself through music.”

Silva admits many do not know of his hidden musical talents. During the day, Silva is extremely busy going from the track to class. Ultimately, Silva aims to use his abilities and gifts to entertain himself and others during his spare time.

“Music is such a powerful tool. It’s such a great way to connect with people,” said Silva. “It’s hard to describe; I can just bust out a move and other people will start to join in.”

While Silva’s artistic skills are evident, he hopes to continue to improve and become a valuable contributor to the men’s cross country and track program.

“Music and running are two of my favorite hobbies. I don’t think I could describe who I am without them,” said Silva. “I’ve really enjoyed my time here so far being part of the team, even though it’s taken away from my time to express myself through music.”

While he has high expectations for his performance on the track, Silva also hopes to continue dancing and singing his way to success during his time at Lynn. 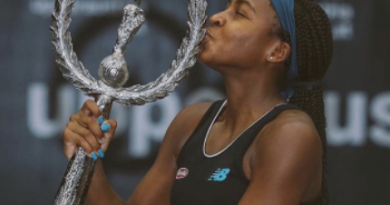 From Delray To Austria 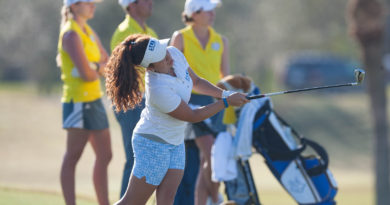 Jennifer Ayala: Student, Athlete and Role Model for Getting More Involved at Lynn