During the day, Travis Edwards maintains his on-campus identity as a forensic science student, but once night falls, he transforms into rapper and dancer Travyy Nu.

Born in Brooklyn, Edwards was always surrounded by dancing. As such, the artistic outlet came naturally to him.

“I’ve been dancing since the fourth grade, and I danced in high school too,” said Edwards, senior. “College is where I started to dance more when I met new friends”.

Initially, Edwards danced solely as a hobby.  After attempting multiple extracurriculars, he discovered a passion for lyricism and dance upon finding an old poetry book from high school.

“I realized there was a poem in there I never finished writing called ‘my words be,’” said Edwards. “Soon after finishing this poem, I fell in love with writing again and made my first remix to Drake’s song In My Feelings.”

Edwards shared his artistic work with a close friend who praised his talent and originality. His friends and close colleagues firmly believed that he could make it as a musician and dancer. However, it was not until he performed an original song, entitled Feel The Pain, that he gained media attention.

Edwards’ alter-ego Travyy Nu has released a total of 18 remixes, with a new mix emerging every Thursday on what Edwards has dubbed “Travyy Thursdays.”

Aside from his musical aspirations, Edwards is a committed student. He plans to graduate in May 2019 and is unsure if he will remain in Florida post-graduation.

“For Travis Edwards, I don’t know what the future holds. I think the future for myself is revolved around Travyy Nu,” said Edwards. “‘Travyy Nu is a gateway to more things I want to do because, through having the publicity and the resources I can gain from being Travyy Nu, it will allow me to activate other ideas.”

Edwards maintains that the future for Travyy No is bright, holding numerous upcoming projects, remixes, songs, mixtapes, videos and more.  For more information, individuals can find him on SoundCloud, on Instagram as @travyynu and on Snapchat as @keepittravyy. 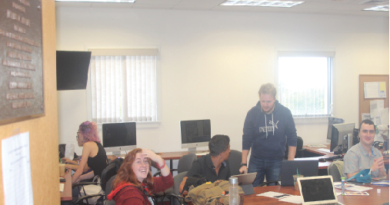 iPULSE Is Back In Action With A New Style

Finding Something To Believe 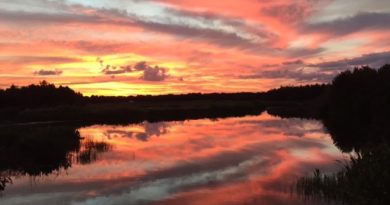