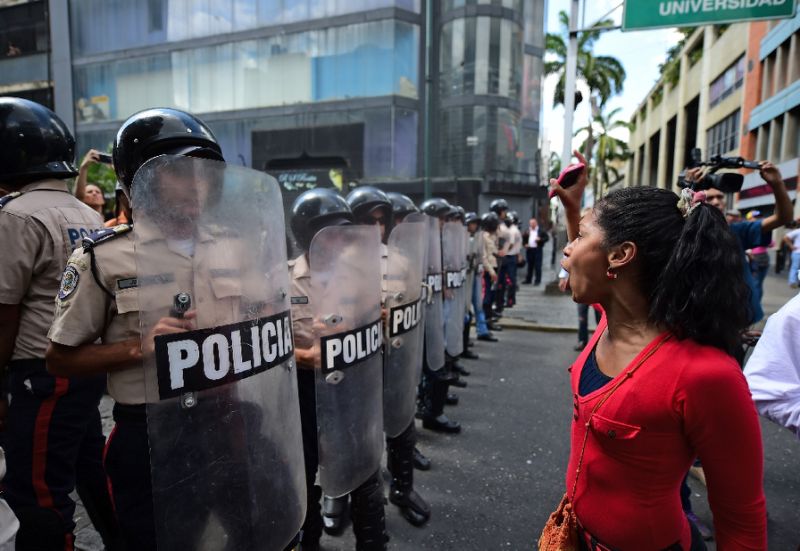 October was a month to remember for Venezuelans as their attempt to urge the presidential recall referendum was blocked by the government.

The opposition, led by Henrique Capriles Radonski, urged the opposition to take the streets Oct. 22 and on Nov. 3 if the government did not reverse its decision.
“The opposition is doing the right thing,” said Daniel Pacheco, junior. “What the government is doing is illegal, as they are violating the constitution.
Venezuela has been in tension since its congress announced the recall referendum at the beginning of the year, just after they won the congress election last December.
“I think it is a barbarity the way the government is handling the situation,” said Lutcy Vieluf, sophomore. “[It] is not possible that a country as rich as Venezuela has to struggle the way they are struggling now.”
The protest held in October showed how the people wanted a change, as they shut down Caracas, the country’s capital, main highway, and schools and shops were closed. Many Venezuelans believe that the triple digit inflation, as well as the shortage in food and medicine is Maduro and his government’s fault.
“The country has been destroyed in the last years,” said Pacheco. “The way the government canceled the referendum is just showing the dictatorship the country is in right now.”
The opposition had not been allowed to protest in front of the presidential palace since the 2002 coup against former President Hugo Chavez.
The crisis the country is having is one of the worst in its history, as they are living in the biggest inflation in the world, with shortage in food, medicine and basic needs. Both the government and the opposition want to find a solution to the problem as they are starting conversations to reach an agreement that not many Venezuelans look to with good eyes.