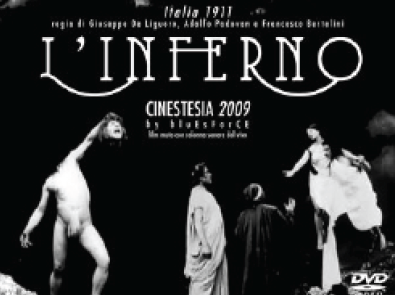 Horror stories that evoke fear, anxiety, and paranoia is a universal and essential part of mankind. Horror movies seem to be the common and most effective way for the masses to trigger their flight and fight instincts in a safe and entertaining environment. However, it would seem that many people have become used to the cliché and tired jump scares, eerie
music, and typical plots. So perhaps instead of relying on Netflix for a good scare one should venture into the past where vintage cinema pushed the boundaries of disturbing imagery before rating systems were in place.

To begin, in 1911, a film called L’Inferno was created. Even to modern audiences this film has a creepy concept and disturbing effects even for the time it was created. An Italian production, the film is a adaption of Dante Inferno’s Divine comedy in which hell is the setting to very unsettling footage. The most shocking scenes for past and even current
audiences depict a man carrying his own head, tortured souls buried up to their necks, demons whipping the damned, and possibly the most bone chilling is the depiction of Satan eating Brutus and Cassius.

Next, is a film in which the main character inspired the famous comic book villain, The Joker. The Man Who Laughs produced in 1928 tells of a tragic story with a character that leaves audiences feeling a mixture of fear and sorrow for him. The film’s first scene is a nobleman being executed in an iron maiden. Many years later the son of the noble man is subjected to a horrific surgery in which his face is reconstructed into a permanent smile. The actor smiles and laughs in a derange way through the entire film which is unsettling and leaving behind a look which would be scene in comic books for generations to come. The inspiration from this character for the joker is noticeable and frightening.

Lastly, a film that was considered lost for over 40 years made in 1926 is A Page of Madness. This Japanese film tells of a story in which a man enters his wife into an insane asylum when she tries to kill her child. The film is slow and stylized but the true visually disturbing scene is at the end. In the final scene the man realizes his wife will not be cured and in a way to help her to cope with her insanity he gives her a “happy” mask and to the rest of the deranged patients. Then with many insane people wearing masks they dance to music inside of their minds, the masks are creepy with their painted smiles and haunt the viewers who dare to uncover the lost film.

A View for a Fresh Millennium