A protester was shot in Hong Kong on the 70th anniversary of the People’s Republic of China after four months of pro-democracy political protest.

For over 19 weeks the people of Hong Kong have been holding pro-democracy protests against the People’s Republic of China and facing punitive action by Chinese authorities. According to CNN News, a Hong Kong police representative said officers at the protest in the Tuen Wan district of the New Territories fired a live round after a protestor charged at them. The live round injured 18-year-old student Tsang Chi-ki, and Tsang is the first protester to be injured by a live round in the history of the recent Hong Kong protests.

According to CNN, Tse Yun- Ming, headmaster the Tauren Wan Public Ho Chuen Yiu Memorial College where Tsang attends school, stated that Tsang underwent surgery for his injuries. Tsang’s condition was stable after surgery, and he is expected to recover. The policeman who shot Tsang did not face any penalties, but Tsang is being charged with two counts of assaulting an officer and rioting.

Although riot police should attempt to maintain peace, the excessive amount of force used at the Hong Kong protests is being heavily criticized.  The police retaliate against protesters, even non-violent protesters, with live rounds, tear gas, rubber bullets and water cannons.

For more information regarding the protest in Hong Kong, visit CNN.com for the latest updates. 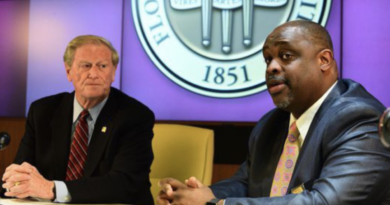