Nakambonde began his journey when he joined forces with his long-time entrepreneurial partner and best friend Jorg Walter. The co-founders launched their online magazine, African Teen Voices, in 2016, which serves as the voice of the youth. The publication served as a refuge for students to submit articles for their voices to be heard.

Six months later, the magazine became an open-source website – Essays from the Youth. This platform would allow students from across the world to publish articles on topics they were passionate about, while also informing others on political issues occurring in other regions of the world.

“Watson focuses on social entrepreneurship. After thinking about what I wanted to do, I realized that I launched these two projects that are similar,” said Nakambonde. “I wanted to take organized action toward the issue I am trying to solve with informing the world’s youth. Umwe is a result of me coming to Watson and putting all my experiences together and finding what I am really passionate about.”

African Teens Voices and Essays From the Youth consolidated into Umwe last year when Nakambonde arrived at Lynn. Soon after coming to Boca, he would decide on the organization’s mission – celebrating Africa while bringing light to issues. With the experience of the Watson program, Nakambonde realized his passion and worked with the network at Watson to help find organizations that will support Umwe.

Both Nakambonde and Walter believe that if the youth population is exposed to what is happening on the continent, they will become more informed on what causes cultural, religious, ethnic and political divides.  In turn, they expect that these individuals can further assist in bridging these gaps.

“Umwe’s means one or oneness, something that is connected in one,” said Nakambonde. “The idea behind choosing the name Umwe is to say we are one continent, one Africa, one people.”

Umwe’s main media form – videos – are roughly one-minute long and always end with the question “What do you think?” Its main social media platforms include Facebook, YouTube and WhatsAapp.  Nakambonde works about 10 hours per week on planning stories for Umwe and scriptwriting.

“We want to become a household name. We want to make series and movies that collectively celebrate the African continent and champion being African,” said Nakambonde. “On the other hand, we also want news that is authentically African.  Receiving news from BBC [and other non-African sources] is problematic because our voice is not the tone that you will read in the news. We want people in Africa to hold value in us because we are telling the stories of the African people.”

As English is becoming more widely spoken, few institutions are dedicated to preserving true African identity. Many indigenous languages are being lost, one of the main reasons Umwe is fighting to have the public’s voices be heard.

The most important aspect for Umwe is to spark different conversations that allow them to talk about issues and African culture in a more profound way. Not only does Umwe want to celebrate being African, but it also wants the people to reflect on the current issues happening through out the continent while thinking about new solutions for them to thrive. 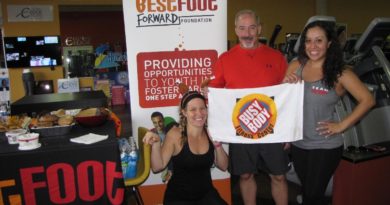 How One Local Foundation Gives Back to Kids 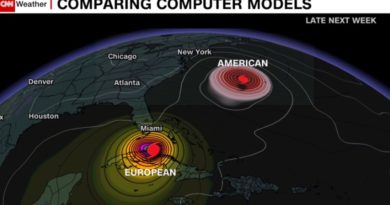 Rapidly Growing Hurricane Irma Makes its Way to the Forecast