Lynn alumna Kristen Wilus will run in the Boston Marathon on Monday, April 15, to raise money and awareness for the Be Like Brit foundation. The organization was founded in honor of Britney Gengel, a Lynn student who passed away during the Haiti earthquake in 2010.

After transferring from the University of Massachusetts Amherst, Wilus graduated from Lynn in 2015 with a degree in multimedia design. In the year prior to her graduation, she had the opportunity to visit the Be Like Brit foundation in Haiti, where she learned extensively about Gengel.

Before she passed, Gengel sent a text to her mother, Cherylann, that said, “they [the Haitian community] love us so much and everyone is so happy. They love what they have and they work so hard to get nowhere, yet they are all so appreciative. I want to move here and start an orphanage myself.”

Gengel’s family took that wish and fulfilled it by creating the foundation. Today, Brit’s home is a 19,000-square foot earthquake-proof home for 66 children in Haiti. The orphanage sits in a “B” shape in honor of Gengel.

“It was a jaw-dropping moment. When you walk into the building, the kids sing to you and they are so cute and happy,” said Wilus. “As soon as they are done singing, they run up to you and give you hugs.”

Both Wilus and Gengel are originally from Massachusetts. Due to their close proximity, Wilus’s family previously knew about the foundation. When Wilus began as a Lynn student, the groundwork had been built for her to seize the opportunity to visit the orphanage in Haiti.

As she searched for a charity to run on behalf of in the Boston Marathon, Wilus discovered that Be Like Brit was an option.

“I fell in love with Brit’s story,” she said. “For me, once I saw that Be Like Brit was on the list, it hit a soft spot because I had been there before and I had seen the children. I was accepted as a runner and feel incredibly honored to run for Britney and the 66 kids.”

Wilus describes her visit to the orphanage as humbling. The eye-opening trip allowed her to not only meet children impacted by the foundation, but she also had the opportunity to build a house nearby the facility for another Haitian family.

“It’s so easy to live in America; we have so much,” she said. “People in Haiti don’t have a lot, but it’s humbling to see these wonderful people. [The children] have a second chance at life and that’s what the organization stands for.”

Wilus has never run in a marathon, but her grandfather ran marathons into his 70s. Still, the 26.2-mile race serves as a lifelong goal for her, and the fact she is following in her grandfather’s footsteps is an added bonus.

To learn more about the Be Like Brit foundation or to donate to Wilus’s efforts, please visit https://bit.ly/2ThDxD6. 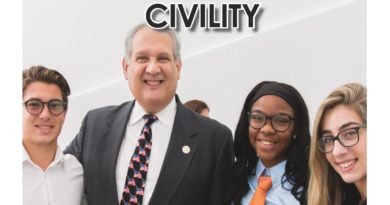 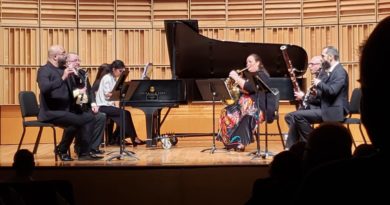 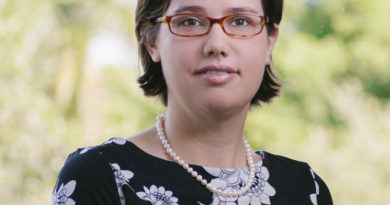 “Reacting to the Past” in Dialogues of Belief and Reason Class