Lynn’s men’s and women’s basketball teams are set to kick off their seasons with exhibition games later this month, followed by their respective regular season games in early November.

The men’s team is coming off a loss in the quarterfinals of the Sunshine State Conference (SSC) tournament to Florida Southern College. The squad is returning four of their five starters from last season, including sophomore Brandon Bornelus.

Bornelus played an average of 30 minutes and provided 12.3 points per game. Last year, he led the team with 83.7 percent shooting from the free-throw line. As a freshman, he played more minutes than any other player.

The team also played a strong defense last season, leading the league in three-pointers allowed and second in the SSC in scoring defense.

“This year, we need to improve on the offensive side on the ball,” said Head Coach Jeff Price. “Last year, we couldn’t shoot the ball well. Hopefully, we’ve addressed that and will shoot better shots.”

Price spoke highly about the conference, stating that the SSC is one of the best in Division II. As far as goals for the season, Price hopes that the team consistently plays at the top of the league.

The men start their season with five straight games at home. The team will play two nonconference exhibition games on the road and then play the remaining non-conference matches at the deHoernle Sports and Cultural Center.

“It can’t do anything other than benefit us that all of our non-conference games are at home,” said Price. “Anytime you are at home it helps, but you still have to show up and play.”

Meanwhile, the women’s squad is coming off its best season since the 2013-14 campaign. Last year’s team finished 11-16, scoring 63.3 points per game, the tenth most in program history. Additionally, they shot 32.8% from beyond the arc last year as well, the second best mark in program history.

The program is welcoming five new players this season, including three freshmen and two transfers: one is from The University of Vermont and the other is from Sam Houston State University, both Division I programs.

Last season, the team lost three-point record holder Paola “Pepe” Vazquez. Coach Julia Huddleston is counting on returners Christina Potts, Janay Williams and Jaylen Snipes to make up for some of the scoring the team lost via recent graduations.

“As a team, our overall basketball IQ is higher,” said Huddleston. “We understand what we want and understand the game a little better.”

Huddleston discussed her goals for the team, which involve more than just winning. She feels that chemistry plays a major part in the group’s success.

“We are making sure chemistry is something we are working on daily,” she said. “Most coaches just work on it at the beginning of the year, but we want to keep it constant throughout the season.”

Huddleston also has made finding a team-wide identity a priority, giving the players control of their own culture. The end goal for Huddleston is to make it to the playoffs and be in the top-four of the SSC.

Like the men’s team, the women are starting their regular season but for them, it is for the first time in program history. “It is very mental; we are much better at home. It will also help us get us used to our game day procedures,” said Huddleston.

Both teams will kick off their season on Nov. 9 at the deHoernle  Center. The women will tip at 5:30 p.m. against Johnson & Wales University (FL) and the men will follow after the conclusion of the women’s game to face Clark Atlanta University. For more information, please visit LynnFightingKnights.com. 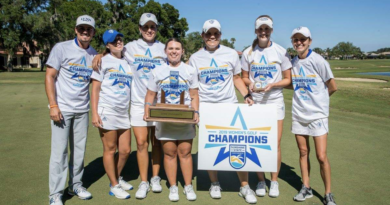 Spirit, Service And Strength Beyond Lynn 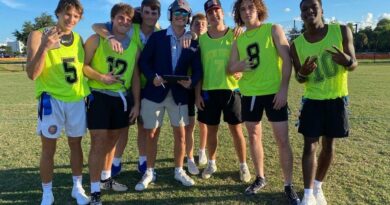