Webb was entering his “fifth year” junior season with the Ducks and was projected to be the starter for the season. He was expected to be selected in the 2023 draft, had he performed at a top level in the 2022-2023 season.

In his two years with the Ducks, Webb tallied 33 receptions for 296 receiving yards and 4 touchdowns. Webb also won the Rose Bowl with the Ducks in 2020. He battled many injuries throughout his collegiate career which kept him sidelined for a part of each season.

It has now been almost two months since the unfortunate passing of the 22 year old superstar, but his presence is still felt in the Oregon football locker room.

“It’s an empty space… through time well get through it,” Said Moliki Matavao, Sophomore tight end. “But it’s different without him here.”

Going into their season home opener game on Sept. 3rd, the Ducks players will wear helmets with decals of Webb’s #4 in the center if a spider web which was Spencer’s nickname.

As well as Webb’s teammate Cam McCormick, who was the only one of Oregons tight ends to play with Webb his entire career at Oregon, is hoping to honor Spencer by changing his jersey number to 18 for the game.

“He was like my little brother and I’m hoping I can get the opportunity to wear that No.18 for him,” said McCormick. “…My entire career here I’ve known Spence as 18, so I would love to wear 18 with his name on the back for the first game being back for myself and him too.”

Webb was very popular around campus and on social media so the news of his passing affect more than those at the University of Oregon. So the iPulse went to Lynn University to ask students what their reaction to the news was.

“Bad things happen to the good people it seems like,” said James Cinque, junior. “I had watched him all of college, he was gonna be great.”

“I was completely lost for words,” said Alex Stroh, sophomore. “I had actually just seen one of his videos on TikTok and all the comments were saying RIP, so I looked it up and that’s when I found out.”

The Oregon Ducks opened their season on Sept. 3rd at home Vs Georgia, but unfortunately took a tough loss 49-3.

As the season continues, the Ducks look to turn their season around and make a playoff push. Although their star tight end may no longer be here, his memory and message will always be with the players, coaches and Oregon community. 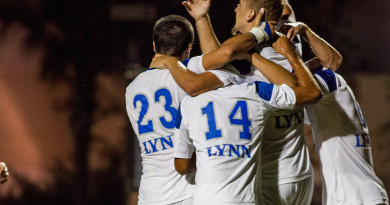 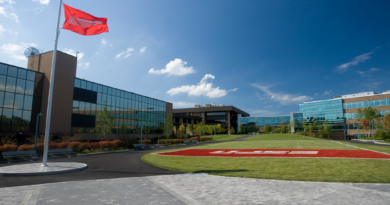 Hot Off The Press

Getting Fit Through Training