Lina Forsman came to America for many reasons.

“I want to see the world and travel,” said Forsman. “Florida and America are very attractive places to go to and the soccer is good, and that is the main reason why I came.”

Originally from Gothenburg, Sweden, this senior has traveled all over Europe. However, moving to America to study has given her the opportunity to see other parts of the world.

New York, in particular, has made a lasting impression on Forsman.

“I would like to stay [in America] if I got a job offer and my dream is to live in New York,” said Forsman.

Her dream for her career is to become a retail buyer. At Lynn she is majoring in business and minoring in fashion.

“I got offered a soccer scholarship and the school is in a great area,” said Forsman.

Although time has flown by for her, it was not too long ago when she was deciding where to go to college.

She enjoys the international atmosphere and loves that the weather is very different from Sweden.

“The weather never goes as hot as it does here and the food is different too,” said Forsman.

She explains how not only is the weather different but the sun has some unusual patterns.

Sweden is in the Arctic Circle, which causes this extra darkness in the winter and constant sunlight in the summer.

After being in America for four years, Forsman has gotten used to living on her own.

“It was hard in the beginning but I can talk to my friends and family all the time and through social media I can see what goes on in their lives,” she said.

Lina Forsman will be graduating in May and looks forward to her future aspirations. Until then, you can find her on the soccer field. 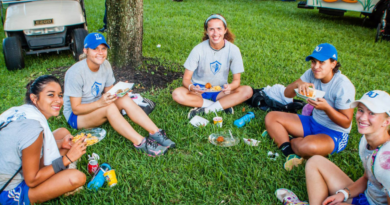 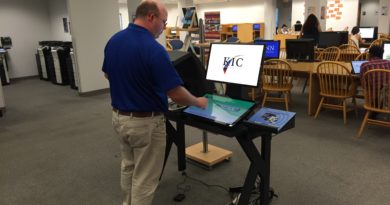