Senior Javier Lopez Mochon prides himself on his ability to interact with people and the social lifestyle he takes part in back home.

Mochon lives in Granada, Spain when not attending Lynn. He describes the people of his city and country as something he appreciates.

After living in many different areas of Spain and attending school in Iowa for two years before arriving at Lynn, Mochon can clearly see both the differences and similarites between the two countries.

In response to social life at Lynn, Mochon believes, “Everyone gets really close with each other because it’s a small community.”

The tight knit community is what Mochon is accustomed to in Spain, however, he notices that America as a whole is a bit more individualistic.

“Back home we feed off each other and always love the company,” said Mochon.

Mochon also loves South Florida because of the beaches and the weather conditions. His outgoing personality leads him to always want to be out and about enjoying the people around him.

“Since I consider Spain such a beautiful place, it’s hard to not miss it, but the US brings you a comfortable and fun lifestyle,” said Mochon.

Although being away from home leaves Mochon nostalgic, he plans to stay here after college and live in Miami. He is currently finishing his major in psychology and minor in sports management while playing soccer. He aspires to work as a sports psychologist for a professional  sports team one day, although it is hard to imagine him in a role off the field.

Look for Mochon on the soccer field in his number four jersey and make sure to support him and and his fellow Fighting Knights.

Tomorrow the Men’s Soccer team will be playing Florida Southern at 4:30 PM at the Bobby Campbell Stadium. 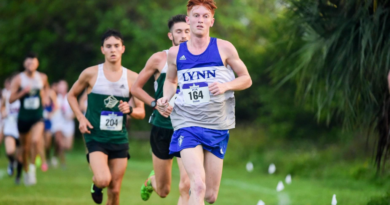 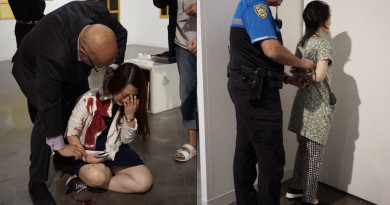