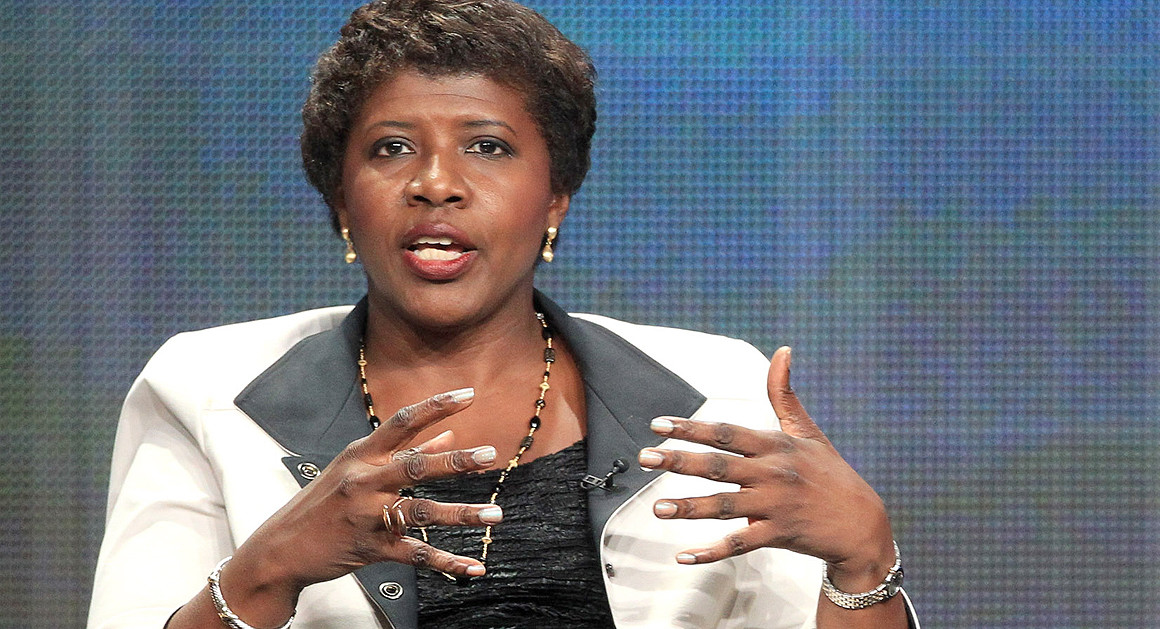 Gwen Ifill, co-anchor of PBS’ “NewsHour” with Judy Woodruff and a veteran journalist who moderated two vice presidential debates, died Monday of cancer, the network said. She was 61.

A former reporter for The New York Times and The Washington Post, Ifill switched to television in the 1990s and covered politics and Congress for NBC News. She moved to PBS in 1999 as host of “Washington Week” and also worked for the nightly “NewsHour” program. She and Woodruff were named co-anchors in 2013.
She moderated vice presidential debates in 2004 and 2008 and authored the book, “The Breakthrough: Politics and Race in the Age of Obama.”
The president on Monday praised Ifill for informing today’s citizens while also inspiring a young generation of journalists.
“I always appreciated Gwen’s reporting, even when I was on the receiving end of one of her tough” interviews, Obama said.
Ifill took a leave from “NewsHour” for a month this spring for health reasons, keeping details of her illness private. Her health failing, she left “NewsHour” again shortly before an election night that she and Woodruff would have covered together.
“Gwen was a standard bearer for courage, fairness and integrity in an industry going through seismic change,” said Sara Just, PBS “NewsHour” executive producer. “She was a mentor to so many across the industry and her professionalism was respected across the political spectrum. She was a journalist’s journalist and set an example for all around her.”
U.S. Rep. Elijah Cummings, a Maryland Democrat, said he was a member of the Maryland state legislature when Ifill worked for the Baltimore Evening Sun.
“She always demonstrated thoughtful intelligence, determination to uncover the facts, and an innate talent for knowing what truly interested the public,” Cummings said.
House Minority Leader Nancy Pelosi, D-Calif., called Ifill “a legend.”
“Her dignity and grace, intellect and insight set the standard in American media and public life,” Pelosi said.
Shortly before moderating the debate between Joe Biden and Sarah Palin in 2008, Ifill brushed aside concerns that she might not be fair because she was writing a book about Obama.
“I’ve got a pretty long track record covering politics and news, so I’m not particularly worried that one-day blog chatter is going to destroy my reputation,” she told The Associated Press then.
Ifill, who was black, also questioned why people would assume her book would be favorable toward Obama. “Do you think they made the same assumptions about Lou Cannon (who is white) when he wrote his book about Reagan?” she said.
In a 2007 opinion piece published in The New York Times, Ifill condemned radio host Don Imus’ “nappy-headed hos” reference to Rutgers University female basketball players.
“To his credit, Mr. Imus told the Rev. Al Sharpton yesterday he realizes that, this time, he went way too far,” Ifill wrote.
“Yes, he did. Every time a young black girl shyly approaches me for an autograph or writes or calls or stops me on the street to ask how she can become a journalist, I feel an enormous responsibility,” she said. “It’s more than simply being a role model. I know I have to be a voice for them as well.”