The House of Representatives votes On The Armenian Genocide

Recently, the U.S. House of Representatives recognized the killing of the Armenians from 1914 to 1923 by the Ottoman Empire as a genocide.

This sensitive issue comes amid the deteriorating relations between Turkey and the United States. However, most individuals praise the House for the decision.  The resolution passed with 405 votes for and only 11 votes against.

“I welcome the House’s passage of H Res 296, which recognizes and condemns the Armenian Genocide of 1915-23,” tweeted former Vice President and Presidential Candidate Joe Biden. “By acknowledging this genocide, we honor the memory of its victims and vow: never again.”

The vote came the same day the Turks celebrated their Independence Day. Many believe the vote only took place as a reaction to the offensive taken by Turkey in Syria. Turkey attacked the Kurds after American troops left Syria, deliberately ignoring the cease-fire.

“A recognition of the Armenian genocide is an open rebuke to Turkey,” said Assistant Professor Antonella Regueiro. “It is important to note that the House also passed a bill calling for sanctions against Turkey shortly after the bill recognizing the genocide. This makes the recognition seem a lot more political than well-meaning in nature.”

The Armenian Genocide has been subject to controversy because of the international definition of genocide. Technically speaking, violent acts against a group of people must include an intent to destroy, in whole or in part, a national, ethnical, racial or religious group to be considered a genocide. Turkish officials argue that there was no systemic attempt to kill the Armenian people, but researchers, historians and, now, the House of Representatives say otherwise.

“Congress should have recognized the Armenian genocide years ago, as there is undeniable proof of its occurrence,” said Regueiro.

It is important to note that only the House of Representatives has acknowledged the genocide at this point, not Congress. The bill must clear the Senate before it can become official.

Even if the Senate never passes the bill, the vote in the House is historic and legitimizes the suffering of generations of Armenian people.

Cooling Down on Climate Change

How To Make The Distance Last 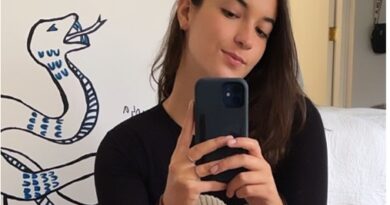