As students rushed to prepare for the annual 24 Hour Theater Project on September 20, Professor Adam Simpson declared the scene organized chaos; with most members of the cast spread throughout the Count and Countess de Hoernle International Center trying to remember their lines or going over their scenes.
The 24 Hour Theatre Project is true to name; an event in which student-actors have only 24 hours to put on a show. In that time-frame, the cast receives their roles and scripts, and are then required to memorize their lines.
This setting allows for a very limited amount of time to prepare, and stress was apparent in different ways amongst the cast. While some were laughing and enjoying the rehearsal process, others looked a step away from a nervous breakdown.
With six individual plays within the Project, the cast was huge. By 2 p.m., while one scene was being rehearsed on stage. the rest of the the building was taken up by different groups frantically trying to remember and rehearse their lines.
By the end of the night, however, all tight-lipped grins turned into beaming smiles.

“I’m not going to lie it was really stressful,” said Emily Chambers, freshman. “We definitely got irritated with each other; there was a lot of tension, but a lot of laughter throughout the day.”

The show’s performance was a perfect example of Lynn’s international student body. Accents from around the world could be heard in the cast.  There was not a dull moment in the show as the comedy was executed perfectly by the student-actors.
“It’s more casual then other shows,” explained Professor Adam Simpson. “This is the best one yet.”
Many of the scenes were written by students, and had a mature and humorous approach. They handled some provocative topics such as lesbians, Steve Jobs and sex. The show was meant for a college audience, which was a breath of fresh air.
The atmosphere after the show’s completion was a joyous one, with the campus community being able to look forward to another production next fall.

Christopher Thorn Daniels is a video editor who is is studying multimedia journalism from York, Pennsylvania. When not writing or shooting videos for iPulse, he can be found acting in the theater program at Lynn. His career aspiration is to one-day work for Images Games Network (IGN). 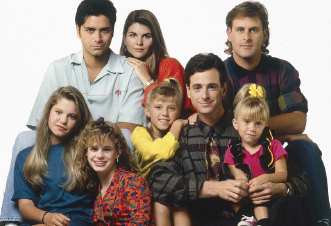 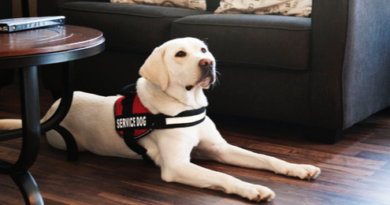 Ushering In Animals On Campus With Open Arms