With the school year back in full swing, so much has happened already in the span of just four weeks. The school welcomed one of the largest freshmen classes since its foundation in 1962. Before the freshmen truly had a chance to get accustomed to their new home, Hurricane Dorian shut down the university for several days.

Dorian luckily changed course and missed Boca Raton, and now Lynn is open and gearing up for a great year. With over 800 freshmen from all over the world starting this fall, the school rented rooms at the Wyndham Hotel for some students again. Regardless of whether students are at the hotel or on campus, everyone has something good to say about the school year so far.

iPulse asked six students what their favorite part of the semester has been so far. Here’s what they had to say:

Laura Cozine, sophomore, said “My favorite part of being back has been reconnecting with my quality friendships and finding my perfect balance between school and friends while also mastering my craft of acting.”

Juan Casais, sophomore, said “Being with friends and going to events like, Condom Bingo, watching movies and going to the men’s soccer game vs Alabama-Huntsville.”

Sarina Adoni, junior, said “Going to Duffy’s with my group of friends and being able to hangout again was great

Caroline Saari, junior, said “The best part of being back has been getting to know my professors more throughout the years.”

Kristian Colato, sophomore, said “seeing your friends again and being back in the warmth of Florida.” 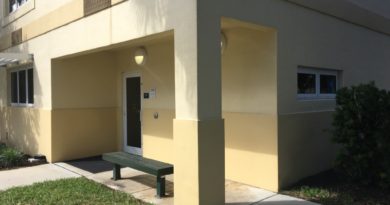 FROM WARRIOR TO BLUE DEVIL