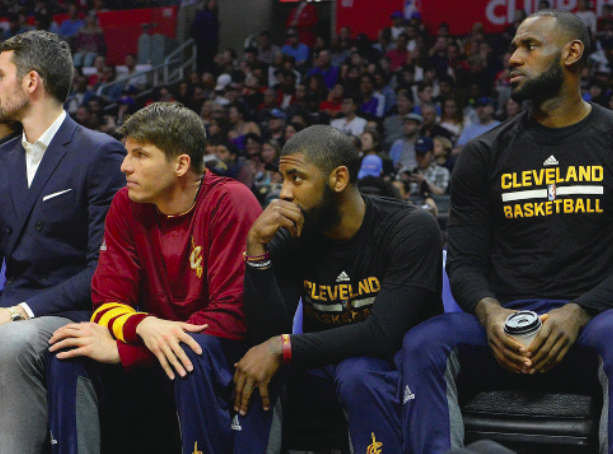 Recently, a new debate has heated up within the NBA on the issue of whether or not teams should be resting their best players for entire games on end.

The 82 game NBA season can take quite a toll on even the best of professional athletes. To help combat regular wear and tear from the long season, coaches have been sitting some of their star players strategically for specific games. However, this new idea has not gone over well with many fans.

“As a fan, games are fun to go to as long as your favorite team is in a playoff race and that goes for any sport,” says Luke Schachter, sophomore. “If your team is having a bad season, you go to games to see your favorite players play. But when you spend all the money and effort to go to a game and your favorite player isn’t even playing, you feel like you have wasted both your time and your money. It’s actually really frustrating.”

This is thought to be the expected and popular opinion among fan, but even some Lynn athletes have expressed the same feeling of concern over this strategy.

“I think it’s bad because players are healthy, but are just choosing not to play,” says Morgan Garrison, junior. “Players are taught to be tough and to play through adversity. Michael Jordan never sat [out] games when he played and our coach encourages us to play through soreness too. Unless there’s a reoccurring injury, I don’t think it’s fair to the fans if players are sitting games. At least warn fans ahead of time so they don’t waste their time thinking they are going to see their favorite players play.”

Although resting is good for players, the NBA’s own commissioner, Adam Silver, is now discouraging teams from resting their star players because when big name athletes are not seeing playing time, the league makes significantly less money. Not only has it become a health issue, but a financial and media issue as well.

Though this debate still stands, the NBA has been clear that action will be taken. In an ESPN. com interview, it was stated that “significant penalties” would be awarded to teams that do not abide by the league’s rules on providing “notice to the league office, their opponent and the media immediately upon a determination that a player will not participate in a game due to rest.”