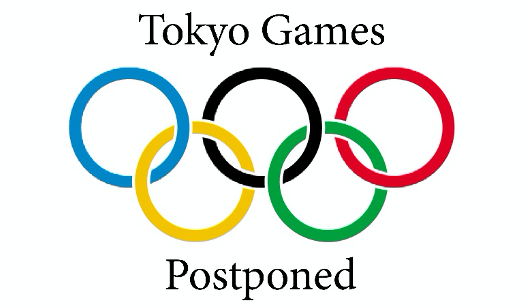 The International Olympic Committee (IOC) recently announced the unprecedented postponement of the Summer Olympics in light of the global COVID-19 crisis.

IOC President Thomas Bach, Japanese Prime Minister Abe Shinzo and a select few IOC executives decided the morning of March 24 via phone conference to postpone the 2020 Tokyo Games. This is the first time in history the Summer Olympic Games have been postponed, though they were cancelled once before in 1916 due to World War I.

After announcing the Tokyo Games’ postponement, the IOC explained that the Summer Olympics “must be rescheduled to a date beyond 2020, but not later than summer 2021, to safeguard the health of athletes, everybody involved in the Olympic Games and the international community,” according to the Associated Press.

Though the IOC seemed resolved to avoid postponing the games, pressure from concerned sports organizations, athletes, national Olympic committees and select IOC members solidified the postponement as a certainty. In an exclusive interview with The Shade Room, Olympian discus thrower Reggie Jagers III revealed that Olympic athletes were surveyed regarding the fate of the 2020 Tokyo Games.

“The IOC surveyed about 4,000 athletes,” said Jagers III. “Over 80% of us decided to postpone the Olympics.”

Jagers III also addressed the overwhelming concern among Olympic athletes regarding training for the games.

“When the government shut down the gyms, we weren’t able to train,” said Jagers III. “You can’t really train at the best of your abilities. You’re trying to train in survival mode. That’s why the IOC decided to postpone the games. They realized [our] training is not the best it could be. The integrity of the games isn’t held to the quality standards of an Olympic game because people were trying to survive a virus.”

Most athletes are optimistic about the postponement of the games. British sprinter Adam Gemili took to Twitter to express his hopes:

“Thankful to finally have some clarity regarding The Olympic Games. A huge decision but I think the right one for sure. Time to regain, look after each other during this difficult period and go again when the time is right!”