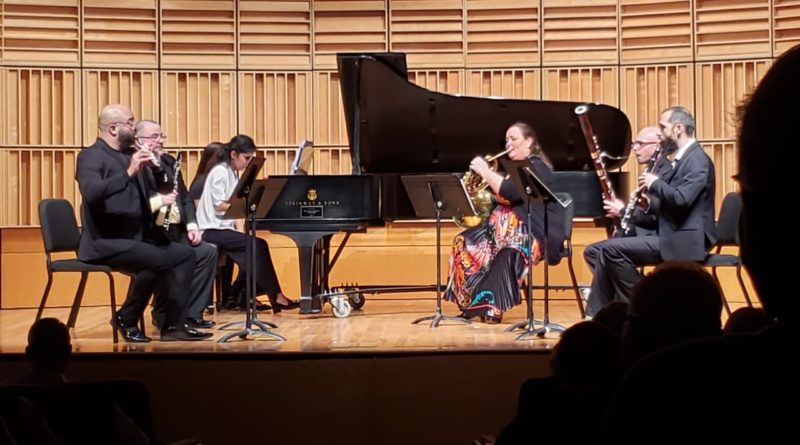 The Conservatory of Music Celebrates Its 20th Anniversary

Alumni musicians recently performed during the third annual alumni concert in the Amarnick-Goldstein Concert Hall to celebrate the 20th anniversary of the Conservatory of Music.

In celebration of 20 years since Lynn University began housing the renowned music school, 22 almuni were invited to perform musical pieces by Wolfgang Amadeus Mozart, Joseph Jongen and Ludwig van Beethoven. For musicians that graduated between 2003 and 2019, performing once again in the Amarnick-Goldstein Concert Hall proved to be an emotional experience.

“It was a really good experience,” said Carlos Felipe Vina, bassoonist. “I came here in 2007 as a performance practice student. It is a degree that doesn’t require [you] to have English at all. [Back then] I was playing my bassoon without any understanding of what was happening around. But now playing here, seeing the dean and seeing the faculty is bringing back the memories from having arrived here in 2007 without knowing anything about the country and the school.”

Vina arrived from Colombia in 2007 to obtain his master’s degree in music performance. After graduating, he has dedicated his musical career to being an educator. Currently, he is the adjunct bassoon professor in Florida Atlantic University and Florida International University.

“It was a tremendous joy,” said David Suarez, flutist. “The Conservatory was very special to my development as a musician. In the conservatory, the commitment to international students is very big. We don’t always get a chance to go beyond our borders and really get a chance to experience and share and make music with people from countries that you just don’t get a chance to meet every day. That was one of the big things while studying here.”

Since graduating in 2008, Suarez has dedicated his time to being principal flutist in the Palm Beach Atlantic Symphony and being Director of Instrumental Studies at Lake Worth Middle School.

To aid students in their musical development, Suarez created the “Warrior Flute Project” to provide free resources for young musicians with low incomes that do not have access to private lessons.

“The Warrior Flute project is an online forum where flute players can exchange and explore different flute topics,” said Suarez. “Sometimes it’s a scale. Sometimes it’s learning how to do long tones. Sometimes its talking about adjusting your flute properly so you have a better tone.”

He Is A Lynn-Spirational Leader 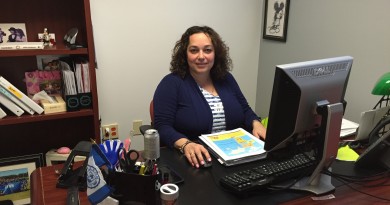 Learn Everything You Need To Know About The Zika Virus

The Best Beat for Ones Buck