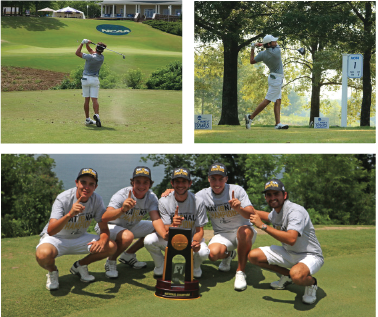 With the spring semester right around the corner, the men’s golf team looks forward to beginning its championship season by defending their title as national champions.

This past May, the Fighting Knight golfers made history when they captured the team’s second and Lynn’s 24th national championship in a thrilling final tournament against West Florida. As they prepare for the spring season, the squad has recently received their championship rings, won a tournament and continued to grow as a unit.

“It felt very special to pull off that victory in May,” said Felix Kvarnstrom, junior. “After discussing it so much throughout the entire year, we won when it really mattered.

Four of the starters from last May returned to the team this fall, setting high expectations for the team’s performance. However, the team did not bring home a win until the final tournament of the fall season in California. Kvarnstrom’s individual runner-up performance and a pair of top-five efforts from Carlos Bustos and Toto Gana played vital roles in the team’s success on the west coast.

“This fall, our results were very much like a roller coaster. We won one tournament, finished runner-up in another and also had two sixth-place finishes,” said Gana, junior. “Our goal for the spring as we lead up to the national championship is to play more consistent[ly] as a team and eliminate high scores.”

Glory and pride were not the only results of winning the national championship title. A new, immense amount of pressure rests on the team’s shoulders as well. With these expectations, the team plans to stick to its routine and remain rooted in perseverance as it prepares for the spring season.

“I wouldn’t say that I approach things differently now compared to what I did before the victory in May,” said Kvarnstrom. “I do what I believe in and that resulted in a championship for our program.”

The team’s internal competition is fierce, with each player capable of shooting extremely low scores. To add to the race for excellence, the program looks forward to the addition of two talented freshmen and new head coach Andy Walker in January.

“Coach Walker is a very good coach. We have been talking a lot about nationals and he really wants this title,” said Gana. “He is a professional golfer and always helps us in practice, on the course and with our mental games.

The men’s golf team will be back in action at the beginning of February at the Matlock Invitational in Lakeland, Fla.  Visit lynnfightingknights.com for more information.

Santillan’s Home Away From Home 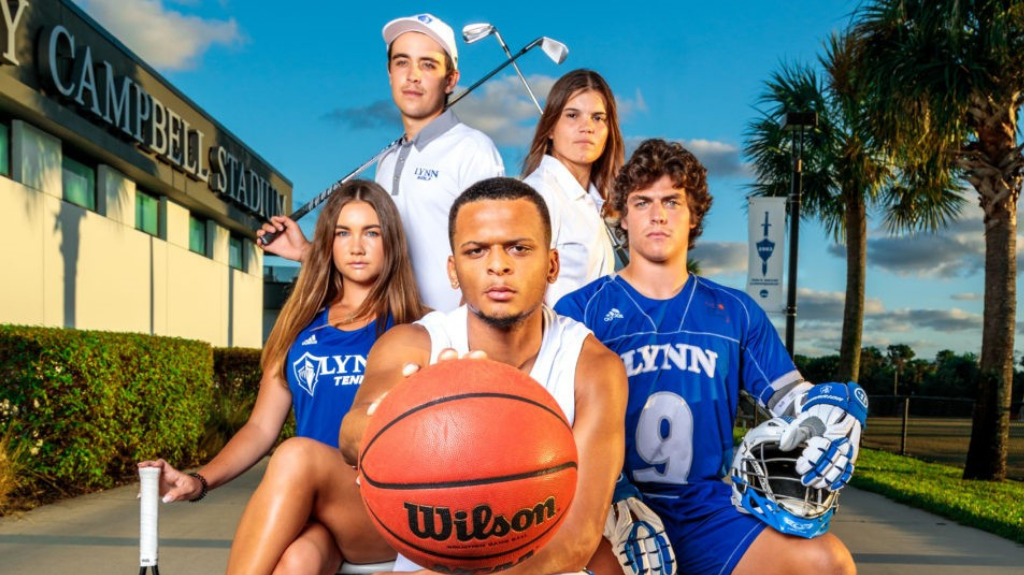 Lynn for the Comeback