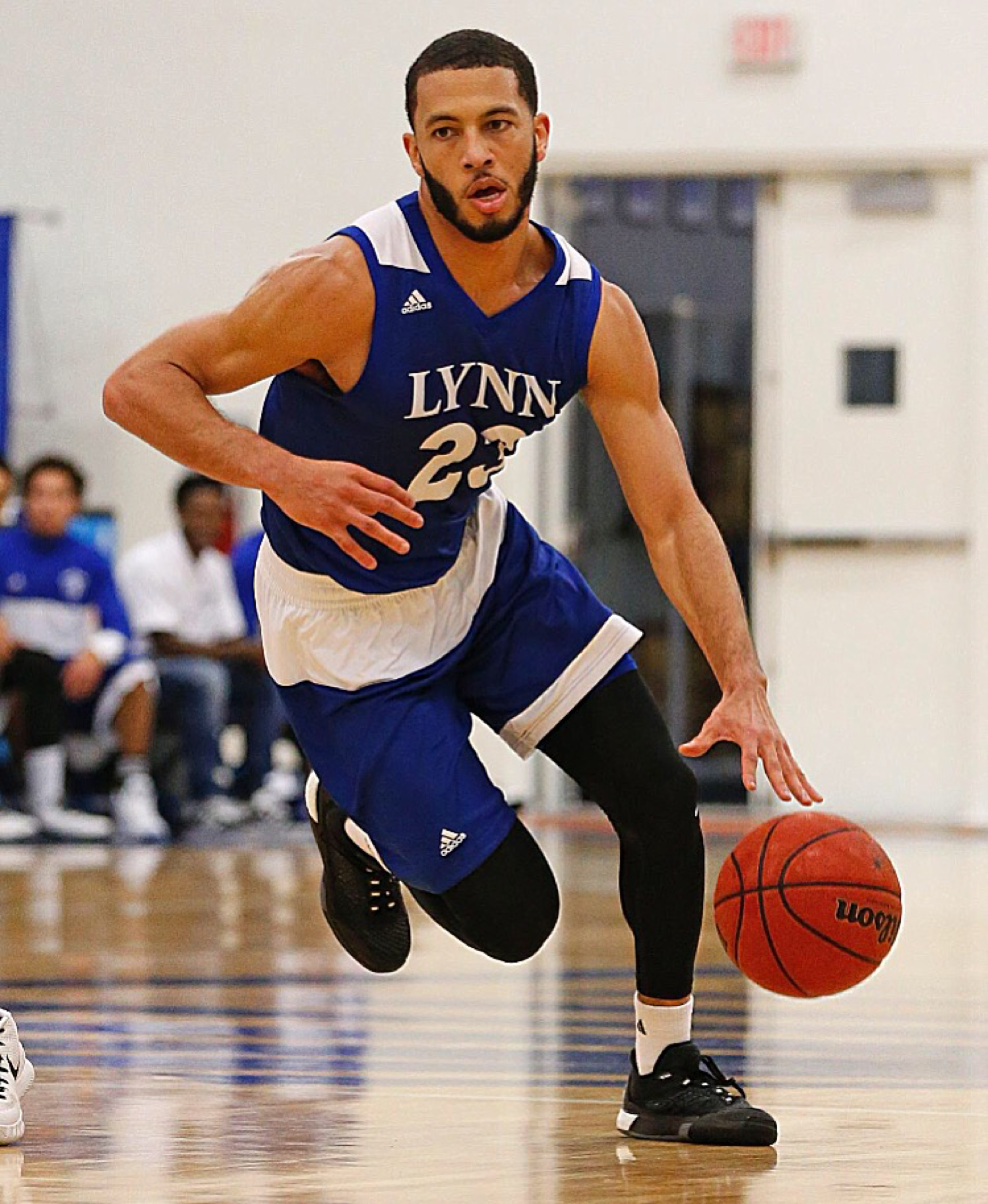 Lynn Men’s Basketball Graduate Assistant, Dante Justin Scholl, is a former Fighting Knight that has flourished in the wake of graduation with the intention of utilizing all of the tools Lynn has supplied him with.

In 2012, Scholl, was just a freshman, unsure of how to make a career out of the sport he loved most: basketball. He chose Lynn primarily because of the location which was close to home and his family in Boynton Beach. Scholl felt that Lynn could offer him the most academically, socially and athletically.
“The school seemed like the right fit for me. The basketball team welcomed me with open arms as well as the staff,” said Scholl. “They made it feel like a home away from home.”
Scholl originally majored in Sports Management, however he felt that there was not a career in it for him. He switched majors to business Marketing in hopes of working with a professional club team, like the Miami Heat. Scholl intends to earn a position in the marketing department for his favorite team in the NBA. Many of his friends and teammates have pursued careers playing basketball overseas, but he felt that business and education were more important.
“Getting another stepping stone in my education toward my degree seemed more important than pursuing a basketball career,” said Scholl, who completed his final basketball season in the winter of 2016.
Not wanting to leave Lynn without a promising career in “the real world,” he was “blessed with the grad[uate] assistant position,” by his coaches. “I [do not] know what I would do without them.”
He acts as an example for new teammates and reminds the returning ones to better themselves and the team. “I coach the team. Stay with the team. Clock their hours. Work them out individually. If they ever need anything they can call me,” said Scholl.
Coaching as opposed to playing has come with challenges he did not anticipate. “[It is] a transition. [I am] used to wanting to be on the court with the guys.”
But with the new team that has been performing well and respects him, Scholl is very pleased with his new position. “I love this group of guys. No big egos, everyone is for everyone. Some leaders make the jobs of the coaches easier,” said Scholl.
He has been motivating the team as he adapts to this new role. “[Do not] be afraid of change. There was a time where I [did not] want to leave any situation I was in. You can better yourself from it. A lot of people are afraid of change because [they are] afraid they [will not] succeed. So where does that leave you?”