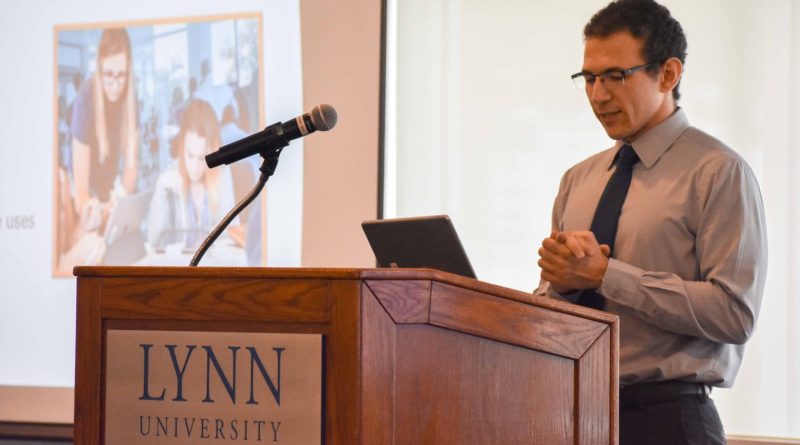 In what may stand as my final moment before the Lynn community, providing an address about non-traditionalism on today’s commencement stage, I would like to offer a prefacing notion of gratitude to my entire Lynn family. No matter your position – student, faculty, staff or alumni – you played a remarkable role in where I am today.

When I first visited Lynn in 2015, I continued to hear of these “opportunities” that would be available if I ultimately chose to become a Fighting Knight. I was skeptical. How could a university this small offer a home-educated student like myself a plethora of avenues to grow?

Four years later, I can only be grateful for and humbled by the experiences I have had in my undergraduate career at Lynn. Not only did this institution allow me to thrive as a student, but it also gave me lifelong relationships I will treasure forever.

I would not be where I am today if Professor Stefanie Powers had not invited me to join iPulse in my first semester at Lynn. Since that fateful day, I have served as a contributing writer for multiple publications and have significantly grown as a storyteller, communicator and leader.

iPulse introduced a great deal into my life, but I never expected the publication to bring me a best friend. I met Dylan Klim, a criminal justice major from New Jersey, in my first course at Lynn. We would later cross paths when he took Journalism I as an elective a year later, a moment that would spark a long-lasting bond. I encourage you to read his powerful story later in this edition; he truly makes me proud on a daily basis.

Behind me throughout all of this has been my family, many of whom are here today. My mother has been my steady rock through literally every stressful week, and my brother served as my relentless supporter along the way. All the while, my father, whom we lost to colon cancer nearly 16 years ago, continues to be my driving force for excellence.

Even with all of this support, I could not have succeeded without the tireless efforts of my many professors, advisors and leaders.

As far as faculty, Stefanie Powers, Martin J. Phillips, Gary Carlin and Timea Varga each served vital roles in my undergraduate career. They each fostered environments for me to flourish with their own unique approaches, providing numerous opportunities along the way.

On the topic of opportunities, I also must take a moment to thank Gareth Fowles, vice president of enrollment management, and his team in the Office of Admission. Early in my freshman year, Gareth pulled me aside and began grooming me for a leadership position in his office. Due to his resolute support, I would speak on his behalf on numerous occasions – even in my hometown of Birmingham, Ala.

All the while, my time with Barbara Cambia’s team in the Center for Career and Alumni Connections allowed me an inside look at the power of networking and growth on a professional level. Like Powers and Fowles, Cambia was an individual who saw potential in me early in my time at Lynn, quickly bringing me into her department to begin molding my future.

With all of the relationships that I have built through the years, I will always be most proud of where we took iPulse under my direction. Alongside an incredibly dedicated print editorial team, we revamped the design of the publication, transformed the distribution cycle, improved readership extensively and more.

Truly, none of these successes could have occurred without the family-like atmosphere that pours throughout our tight-knit team. It was a pleasure to guide our managing editors – David Czarlinsky and Dylan Klim – along the way as they became vital members of our award-winning publication. Through the highs and lows, my trust and confidence in them remained strong.

To say the least, Lynn was good to me. Although I am unsure of what the future holds, one thing remains certain: Lynn changed me for the better. I am willing to bet it did the same for just about everyone here today, as well. 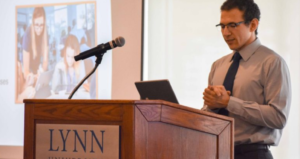 Keeping The Inner Child Inside

Issues Of Gender Inequality In Hollywood