An average student-athlete spends about 25-30 hours practicing their sport, working out or traveling to games and tournaments.

However, under NCAA rules student-athletes are not allowed to be paid beyond the expenses of attending university. A new Californian law is now looking to change that.

With the signing of the bill, the state of California does not only enable college student-athletes to hire agents and strike endorsement deals but also challenges the fundamental policies of the NCAA. This is because the NCAA has always emphasized amateurism and the fact that its student-athletes are playing for earning a degree rather than money. Current NCAA rules therefore prohibit student-athletes to make money in connection with their athletic abilities and keeps them restricted in planning their professional career prior to graduating.

“I have deep reverence, deep respect for the NCAA and college athletics,” said Gavin Newsom, governor of California. “I just think the system has been perverted, and this is fundamentally about rebalancing things. It’s about equity, it’s about fairness, and it’s about time.”

With California adopting a new law, it puts pressure on the NCAA to either revise their rules or ban California schools including several powerhouses of competition from collegiate athletics. The law is supposed to take effect in 2023 but also caused the PAC-12 Conference inducing major schools like California State, Stanford and Southern California to protest against the new law. Mostly because paying student-athletes could cause collegiate sports to be professionalized and lead to other unintended consequences.

“Behind every good athlete there is a long process that stands behind it. It takes countless hours of practice, and lots of dedication,” said Camila Ugalde, sophomore. “Student-athletes should get compensated for what they put into their performances.”

The question whether student-athletes should be paid or not is controversial. Nevertheless, the NCAA’s revenue recently cracked the $1 billion mark as a result of the effort of its student-athletes. However, those are only compensated in a form of education, scholarships, coaching, and equipment and do not see any of the big revenues generated by their performance. But they are also excluded from privileges that average students have.

“Every single student in the university can market their name, image and likeness; they can go and get a YouTube channel, and they can monetize that,” said Newsom. “The only group that can’t are athletes. Why is that?”

The NCAA already announced  legislative changes enabling student-athletes to hire agents and be paid not only in California but across the entire country. However, changes will most likely not be effective until five years from now which could cause the decision to be subject to change. 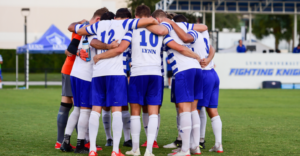 “The Phantom of the Opera” Changes Its Ways