Garrison graduated in 2018 with a bachelor’s in communication and emerging media. Garrison continued his studies at Lynn and received his master’s in communication and media studies in 2019. Aside from his time in the classroom, Garrison played for Lynn’s basketball team, where he earned SSC Honor Roll Recognition and played in the NCAA tournament.

While looking for inspiration and a name for his YouTube channel, Garrison reached out to a close friend who suggested naming it Never Graduate. The standing joke with his friends about never graduating became the theme of his channel and a way to relate to his audience about the struggles of post-grad life. The channel speaks to Garrison’s light-hearted, fun, and unique personality.

So far, the style of Garrison’s channel has been one-on-one interviews with people who are going through the transition from college to a career. Garrison has interviewed former FAU volleyball player Kristi Tekavic, former Lynn baseball player Ben Fagan as well as Marquan Botley, assistant women’s basketball coach at Lynn.

“I always had a feeling that I wanted to be in front of the camera, but one professor that I had a special bond with was Yolanda Cal,” said Garrison. “She taught me many things that I use in my everyday life as I go through this chapter of adulting.”

Garrison’s channel includes a mix of topics including sports, lifestyle and struggles after college. Garrison’s love for content creation is influenced by watching other journalists.

“Speedy Morman and Sean Evans from Complex Magazine have to be my favorite interviewers to watch,” said Garrison. “I just love how they bring their personality into each interview and get the interviewee to be comfortable.”

Check out Morgan Garrison’s Never Graduate on YouTube and subscribe to see his upcoming episodes, including the fourth installment with Ryan Roman. 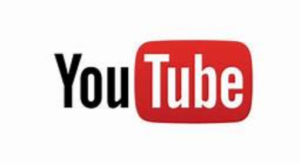