The Ocean Strand, a 15.5-acre plot of land traversing the North Ocean Boulevard, has gone untouched for almost 26 years. Now, developers from Compson Associates Inc. want to change that.

Robert Comparato, President of Boca Raton-based real estate development company Compson Associates, Inc., offered a $67.5 million deal with the Boca Beach and Park District (BPD). The ticket item that Comparato is so eager to get his hands on is the Ocean Strand, a piece of natural landscape situated along the A1A.

“[The land] was purchased with taxpayer money, not for private development,” said local resident Andrew Stekloff according to WPTV.

Comparato is looking to build villas, a marina, an 11-story hotel and an equally large condo complex on the land. They have also attached strict stipulations to the contract they offered the BPD. If they are unable to build the desired 171 hotel rooms, 110 condos, 30 villas, and 35 boat slips, then they will depreciate the payment per amenity stripped from the contract by the value of $125,000, $580,000, $118,000 and $120,000 respectively.

“We have to know that the community agrees with it as well as the city,” said BPD board Chairman Susan Vogelgesang as reported by Boca Magazine.

Comparato had plans to build a similar complex, but the city rejected the plans for environmental infringement. However, the money from this deal would help to fund numerous projects including construction of the Boca National Golf Course and the expansion and renovation of Gumbo Limbo Nature Center and Spanish River Park.

“If this is something the city and residents desire, we will have a community discussion,” said Commissioner Craig Ehrnst according to Boca Magazine. “From my perspective, Ocean Strand is a priceless property that needs to be open for public use.”

The BPD and the city need more time to determine the best path forward. Until then, residents are encouraged to call in and voice their opinions on the matter at (561) 393-7700. 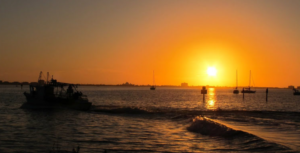 The Curve Of The Coronavirus