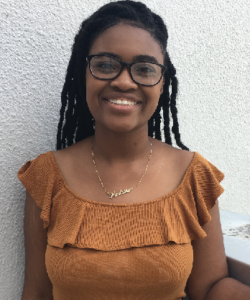 Two high school massacres, separated by nearly 19 years, held the same fate at the hand of troubled students given access to firearms after the Marjory Stoneman Douglas attack.

In 1999, two gunmen overtook Columbine High School, killing 12 students and injuring more than 20 others. The event, synonymous with the initial start of an era of gun violence, has stood as one of the deadliest in American history. As gun violence has seen new heights since the Columbine attack, many have called for immediate legislation.

“There evidently is a need for more rules and regulations pertaining to being able to purchase a gun,” said Sarah Galati, junior. “Around the country, many have given up their guns in protest of these mass shootings, and I believe we as a country should follow the same narrative.”

Per a study conducted by The Washington Post earlier this year, more than 150,000 Americans have experienced a shooting on campus since the landmark event in 1999. After the tragedy in Parkland, another 3,000 survivors can be added to the growing list.

According to the Gun Violence Archive, a mass shooting is defined as any shooting that kills four or more people, excluding the gunman. By these standards, there have been 1,624 mass shootings in the past five years in the U.S. As indicated in many national outlets, no other developed nation approaches to gun violence comparable to that of America.

“It starts with education; it is imperative for us to be more mindful of our surroundings and aware of possible dangers,” said Romina Benzeray, senior. “It is easy to bicker about these situations rather than find a middle ground. We need to stop the arguments and begin focusing on mental health in America.”

While school shootings have not generally been among the deadliest in American history, the situation at Stoneman Douglas is a prime example of the increasing gun violence rates. Throughout recent years, the number of lives taken via school attacks has only grown.

19 years have passed since Columbine, and the nation continues its cycle of a never-ending argument rather than finding a compromise.

Hadassa Delhomme is a sophomore pursuing a degree in multimedia journalism. A Florida native, Delhomme originally found her love for writing while enrolled in a creative writing course in high school. Since then, Delhomme has pursued any opportunities that would help elevate her writing and leadership skills. In her short time here at Lynn, she has been fortunate to gain editorial experience through iPulse and also served as a contributing writer to the Palm Beach Post. Outside of school, she carries a passion for music, community service and political activism. She strives to be able to live in a world with no barriers and as ever-changing as the world of journalism. Without a doubt, Delhomme has grown in short order, due to the experiences she has received at Lynn. She looks forward to growing with her fellow Fighting Knights as she actively seeks her career goals.

Local Response To Stoneman Douglas Attack: Those Who Were Directly Impacted