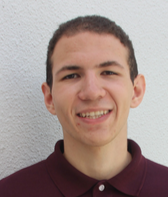 Shared by the South Florida community in the days following the tragedy at Marjory Stoneman Douglas High School, secondary trauma is the emotional impact on outsiders during a time of suffering.

When the tragedy at the high school struck, much of the nation was unsure of where Parkland was located. Being one of the smallest yet safest cities in the state according to the National Council for Home Safety and Security, a school shooting at the Broward County institution seemed unfathomable. Without a doubt, the close-to-home nature of the attack truly registered with local Floridians.

At religious institutions throughout the area, individuals mourned, reminisced and sprung up rallying cries for unification. The people impacted by the shooting raised their voices amidst the swirling media storm, looking toward the future and reflecting on the lost individuals.

When Stoneman Douglas alumna and current Boca resident Megan Cordero saw the school grounds of her childhood headlining national news outlets, the secondary trauma shock disallowed any immediate emotion to enter her mind. Not only was the apparent crime scene just two streets from the home in which she grew up, but it also was a place of security and comfort in her teenage years.

“It is my hometown; it is sacred,” said Cordero. “When I drove into Parkland a couple of days ago, I could just feel a change in the atmosphere. It is incredibly difficult to realize that the places I can so vividly recall at Stoneman Douglas were so quickly covered in bodies and blood.”

Having built numerous relationships with the high school’s staff, Cordero has seen just how challenging the situation has been for many of her former teachers and mentors. She shares the thoughts of so many others in expressing emotion while looking forward with as positive an outlook as possible. Ty Thompson, the principal of Stoneman Douglas, shared similar sentiments in a two-minute video posted on Saturday.

“We lost seventeen lives on Valentine’s Day,” said Thompson. “That is supposed to be the international day of love. We are going to take the love we lost and spread that over the next days, weeks, months and maybe even years. Our community is strong, our students are strong, [and] we will persevere.”

All the while, Lynn’s very own were struck by the fright and carnage left by the tragedy, affecting how they view their formerly pure community. Rita Albert, director of the university health center, was one Fighting Knight closely impacted by the attack. With her three children and husband at the Parkland school, the news of Stoneman Douglas’ lives being taken shook her world.

“It was crazy and intense when the shooting occurred,” said Albert. “One of my sons was in the room where the shooter came in. Carmen, [one of the deceased], died right next to him.”

For Cordero, Albert, Thompson and so many others, the long-lasting effects of the shootings will be somewhat of a continuous obstacle. What comes in the following days and weeks will truly be indicative of the Parkland community’s strength.

“Any tragedy will bring us all together,” said Albert. “The kids [of Stoneman Douglas] are amazing; we all feel that they will create the change the world is seeking.”

Across South Florida, rallying moments have been the coping mechanism of choice for many, joining forces to make a difference. As much of the area continues to struggle with secondary trauma, the recovery process seems far from over.

Following this attack, many are left wondering what Florida schools will become in the future, toeing the line of safety and legality. Ultimately, Floridians alike are coming to terms with not knowing whether safe cities exist throughout the state anymore.