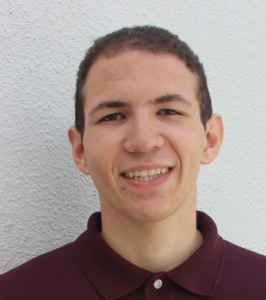 With one restaurant already in the city, Duffy’s has seen significant success in the area since 2002.  However, their ownership had continually come across loyal guests hoping to one day see a location rise in West Boca. When the opportunity arose out of the building formerly occupied by T.G.I. Friday’s, the transition to a second location began almost immediately.

“We’ve always felt Boca was a great city; we’ve had lots of success in Palm Beach County overall,” said Jason Emmett, Duffy’s president. “We love Boca, so we’ve always had our eyes out west. Because we knew both Mission Bay and the market well, the deal went pretty quickly.”

As Duffy’s enters yet another location, they have made numerous changes within the 20465 South State Rd. 7 property.  The 9,000-square-foot restaurant now features 90 high definition 65-inch 4K flat screen TVs, along with a fresh layout and a lakefront patio to accommodate even more patrons. Basically starting fresh from the prior layout, the rebuilding team styled the building from top to bottom in roughly six months.

“We really took this thing down to the studs,” said Emmett. “Not much in here is left from the original chain before us. We redid the bar entirely, brought in memorabilia the community can connect with and created a brand new kitchen.”

Being with the company since 2004, both Emmett and Assistant Director of Marketing John Smith have seen tremendous growth while being the largest family-owned restaurant group in the region. With the maturation has come a heightened expectancy to maintain an unmatched level of quality. For Smith and Emmett, the Duffy’s difference will manifest itself in West Boca through their quality people and food.

“We invest in quality and hospitality,” said Emmett. “We don’t want to be called a sports bar; we think of ourselves as a restaurant that features sports.”

“In addition to the quality of the food, our people really separates us,” added Smith. “We want to treat our top-quality people right so that we know our guests are being treated well also.”

While expanding west, the brand also recently broke ground on its 36th location, which should be complete in Port St. Lucie by May of 2018.  As they move forward, Emmett and his team look forward to the opportunities present in Mission Bay.  While some changes have been made since Duffy’s establishment in 1985, the new location will keep to its heart and soul of providing top-notch service and cuisine for years to come.

Falling Into The Pumpkin Carving Season