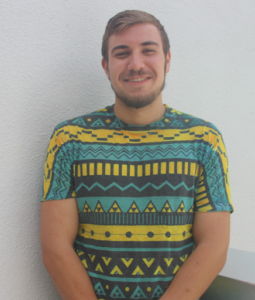 Within the past year, the Shops at University Park in Boca have finished a number of renovations that have helped increase the amount of business in the area.

The shopping plaza itself, formerly known as Plum Park Plaza, decided to undergo some exterior rejuvenations back in 2014 as a way to attract more customers. Located on 20th street, the shops are near many off-campus student housing complexes that opened around the time of the decided renovations.

The plaza offers a wide range of stores and businesses including the Boca Raton American Legion office, several thrift and consignment shops that are run by nonprofits and a bakery, as well as other shops, restaurants and offices.

John Larkin is the owner of the Busy Body Fitness Center, a business that has been the anchor of the plaza for quite some time.

“The shopping center upgrades definitely had a positive impact on this area,” Larkin said. “The renovations made the appearance a more desirable location for many tenants. As a result, more businesses have wanted to set up shop here and it has led to more traffic and therefore more business for all of us. It really has been great.”

Larkin is not alone in these thoughts, as other tenants also believe the renovations have only improved the overall gentrification of the entire area. According to Doug Mummaw, architect for the project, the original purpose of the plaza was to offer a one stop destination for any needs a person might have. Mummaw’s idea has paid out in dividends as many local college students living nearby now have a close and convenient place to get all of their errands done.

“As a student living in off campus housing, the location of this plaza is perfect,” said Anthony Chaiton, junior student and resident of University Park student housing. “It’s a nice feeling to know that everything that I need is right here at my fingertips. Instead of having to drive somewhere, I’m saving the money that I would be spending on gas and now spending it in the shopping plaza. It is got to be great for the local economy too.”

The plaza currently has 30 tenants, however, there is room for expansion as some buildings are still vacant. For any small business owners looking for a place for their business to call home, the Shops at University Park might just be it.

A Little Bit of Chase Bryant