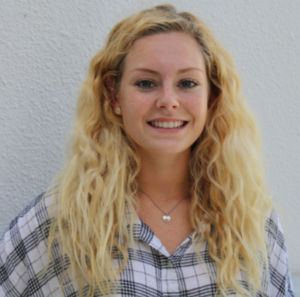 After graduating with his degree from the College of Business and Management, Luis Gonzalez Ocque, alumnus, went out into the real world and used the skills he gathered at Lynn to make a name for himself.

Currently, Gonzalez is a managing director of private wealth management at Morgan Stanley in Miami. He has the privilege of serving clientele that live just about anywhere, including Latin America, Europe and the United States. He and his wife Ana live in Coconut Grove with their three children, Anastasia, Isabella and Federica.

It was a long and narrow road for Gonzalez to get to where he is today, but he believes that Lynn’s diverse environment has prepared him for success.

“The small classes, diversity of culture and atmosphere helps you to talk and exchange ideas with people more easily,” said Gonzalez. “The real world consists of internationality and communication, and Lynn had those areas covered. Another aspect that contributed to my success was the study abroad program, which allowed me to learn with others and succeed in the global business world.”

Luis faced many obstacles on the road to success, and stressed the fact that it was not always easy. To begin his career, he faced many highs and lows on Wall Street.

In 2010, he began working as the director of Barclays Bank. Not long after, Morgan Stanley hired the team in hopes of developing their business for the benefit of their clients and team.

Since graduation, Gonzalez has remained an active alumni and continued supporter of the university. He continues to aid in propelling the new infrastructure around Lynn.

“I believe that if God gives you the resources, the opportunity and the means to give back, that is what you should do,” said Gonzalez. “I want my daughters to know what a good philanthropist is. It is my hope to create a legacy, make this institution top class and continue to help others along the way. Now, Lynn has an amazing infrastructure. It is very rewarding to see what they have done with the campus, and to see the buildings pass through generations and generations.”

Although donations are greatly appreciated, they are not the only way Gonzalez remains active within the Lynn community. Gonzalez has also been a member of the Leadership Society since 2010 as well as the President’s Alumni Advisory Council since 2011.

When Gonzalez was asked what advice he would give to college students, he said, “Above all, be humble. Be consistent, work hard, be aggressive and take opportunity. Take any advantage to benefit yourself, and continue your education even after you graduate in order to provide the best service for the people that you are working with. Lastly, never accept no for an answer.”

Where Are Student’s Planning To Live Next Year

One in Seven Thousand