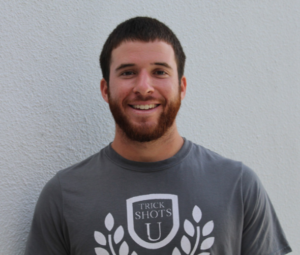 For the past several seasons, Clemson University’s football team has been among the nation’s best. The 2016 season ended with the Tigers hoisting up the BCS National Championship trophy, which is the pinnacle of Division I college football.

Year after year, how is Clemson able to be so successful? Well, wide receiver Mike Williams puts it quite simply: “At Clemson, we don’t rebuild, we reload.”

Going into my third year at Lynn and third year of playing baseball for the Fighting Knights, I have never heard something that describes our program so perfectly. It seems that each year half of our team is new, yet each year we are always able to compete. There is no other way to explain how we do it other than, like Clemson, we never rebuild; rather, we reload.

Our success as a program is attributed to the tireless work of our coaching staff. They recruit top-tier talent that, from a skills perspective, has the potential to be the best. But once the team is created, it becomes our responsibility as players to act on that potential.

The game of baseball is unique in the sense that it is an individual sport within a team sport. By this, I mean that when the game is broken down it is a matchup between only the pitcher and the hitter.

But without the eight other guys on each side, it would be impossible to win. And without the effective communication of not only the nine guys on the field, but the entire roster, the team would crumble.

Because baseball is a spring sport, we have the entire fall semester to prepare as a team. While this may seem like a lot of time, these four months are vital to our success in the spring and usually fly by.

Communication is the backbone of our preparation. Coach Garbalosa and the rest of the coaching staff always stress the importance of communication.

They say it begins with knowing about your teammates and encourage us to learn about each other. For example, our physical conditioning on a particular day is cut in half if we can answer trivia questions about one another:  the more we know about our fellow teammates, the less we have to run. This practice is the beginning of our becoming a unit.

That is what our fall is about. It is our time to effectively reload so we are able to come out firing in the spring.

Ben Fagan, a native of South Florida, is a multimedia journalism major beginning his junior year. Beyond his classroom studies, Fagan plays baseball for Lynn. Fagan looks to pursue his baseball career through the Major League ranks.