As the world progresses technologically, the young people of this generation are beginning to speak out and take a stand against global issues with a simple declaration – #ThisIsMyEra.

The #ThisIsMyEra movement was catalyzed by singer/songwriter Alexander Star, the mastermind behind the song of the same name. Working in conjunction with full-time artist and activist Sekajipo, Star crafted the track as an anthem for inspired youth with goals to change the world.

“People wait for the stars to align in their favor. Someone that has the mindset of ‘this is my era’ is someone who takes those stars and places them where they need to be to change the world,” explained Star. “Everything I do from this day forward will have a ripple effect way beyond my lifetime. This is not my moment, this is my era.”

#ThisIsMyEra is meant to inspire individuals to be the change they wish to see in the world, while spreading awareness of global issues. While the song discusses themes of greatness and triumph, the hashtag is meant to urge this generation to take advantage of the platform given to them by social media.

“Facebook and Twitter have been vehicles to send out messages around the world,” said Sekajipo. “We can’t just be consumers of the media; we have to be masters of it. We have to learn to be able to use it to leverage the cases that we believe in.”

“It’s a matter of finding the right channels to grab peoples’ attention,” added Star. “This is the technological age; this generation is a technological generation, so you have to reach them largely through technology.”

As #ThisIsMyEra began to trend on social media, Star began reaching out to organizations who shared his same vision. In 2013, Star was introduced to the Millennium Campus Network (MCN).

“I went to L.A. in 2013 and reproduced the track, rerecorded it and had it sitting in my record catalog until we came across MCN. We approached them with the song and the hashtag ‘This is My Era’ and said, ‘Hey, let’s partner up we can do this together,’ and they teamed up with us,” said Star, who also partnered with UNICEF.

In partnership with MCN, the message of #ThisIsMyEra is targeted toward this generation of university student leaders. MCN encourages students to collectively work as one, all unified under a goal, with the presumption that when 500 students stand together, their voices will be louder than five.

“What Alexander Star brought to the table is something totally unique,” said Sam Vaghar, Executive Director and Co-founder of MCN. “I think the idea is just a sense of urgency, a sense of now, that our generation can’t wait to change the world – it starts right now with each of us making commitments. It’s setting the tone for all the conversations that are happening here.”

During the course of the conference, students used #ThisIsMyEra throughout their social media accounts, furthering their sense of togetherness. For students who attended the MCC, the essence of #ThisIsMyEra is responding, “Yes, we can. This is my era,” when they are in the face of adversity.

“College is the pinnacle of that time of your life where everything is changing, where all of your choices matter,” said Star. “This is where you make the choice of where you’re going to be five years from now, ten years from now and so on. This is where it really matters, because this is the portal to the rest of your life. So right now, in this portal to the rest of your life, you have 20 different directions you can go. Stand in one spot and say, ‘this is my era.’”

#ThisIsMyEra is more than just a hashtag; it is a declaration of this generation’s belief in themselves, and a celebration of their will to continue. “This is My Era” is a battle cry for this generation, and for students who attended the 2014 Millennium Campus Conference, it is a way of life. 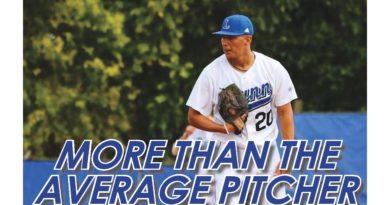