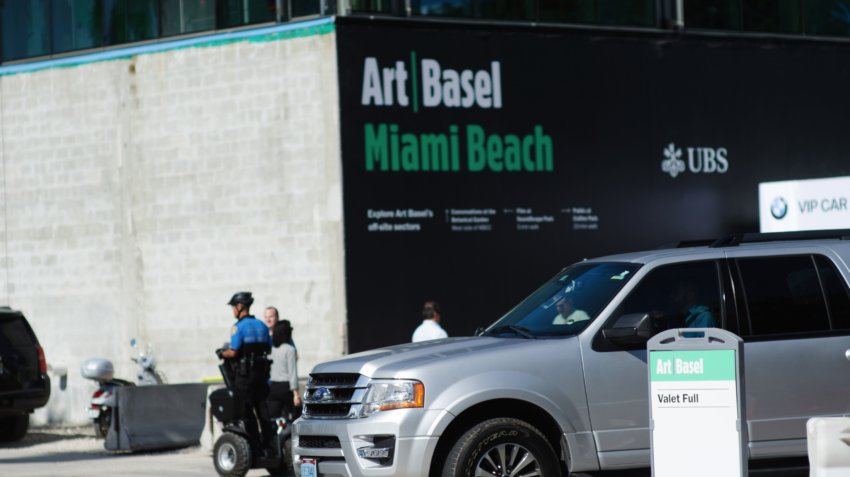 Due to the COVID-19 pandemic’s impact, the Art Basel Miami Beach organizers recently announced that they are canceling this year’s event, initially scheduled for December.

Mayor Dan Gelber of Miami Beach told the New York Times that he was “disappointed, but not shocked” by the cancelation.

After months of discussion with the show’s organizers, noted Mayor Gelber, the event had to be put off until December 2021. In a statement by Art Basel reported by the New York Times, the show’s organizers announced the conditions in South Florida, as well as international travel restrictions and quarantine regulations, had left them “no other option.”

Currently, the Miami Beach Convention Center, home to the Art Basel show, is being used as a reserve field hospital and a drive-through COVID-19 testing site.

Noah Horowitz, Art Basel’s director for the Americas, told the New York Times that planning to open the fair as scheduled seemed impossible. Horowitz continued, artists’ production schedules and global shipping deadlines. Early September, the organizers needed to decide on staging the fair because nearly half of the fair’s participating galleries are overseas.

“It really made it feel, along with a whole host of other factors on the operational and logistical side, like a step too far,” Horowitz said to the New York Times.

Miami’s art community had anticipated the fair’s cancellation long before the announcement – striking conversations of special shows during the week of Art Basel, regardless of the show’s cancellation. Instead of the cancellation, a series of online viewing rooms featuring its participating galleries from Art Basel Miami Beach, including NADA and Art Miami, announced a similar pivot online.

Fredric Snizer, a prominent exhibitor at Art Basel Miami Beach and gallery owner, noted how the art community soldiered on in 2001 after Sept. 11 attacks.

“The local community will be celebrated, will understand the value of itself and that there are things here which are significant and can be put on a world-class stage,” said Snitzer to New York Times.