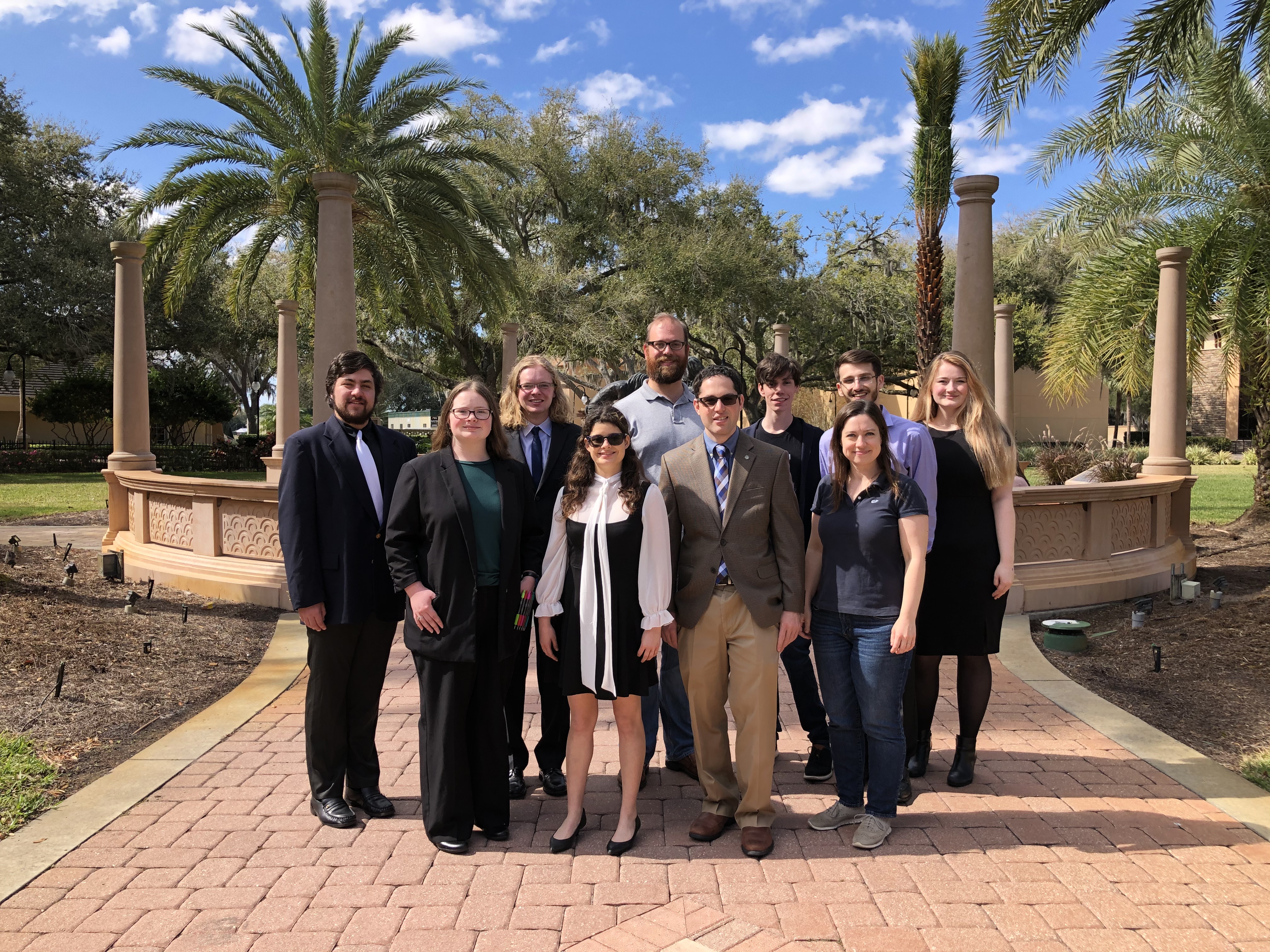 The Fire Debates tournament featured one day of British Parliamentary debate (a style in which two benches of four debaters clash) and one day of NPDA debate (a style in which two benches of two debaters clash). Christopher Cohen and Liam Shanley’s team broke to finals in British Parliamentary, marking Shanley’s first competitive experience in out-rounds (rounds such as semi-finals and finals that follow the preliminary rounds). The pair finished the day as finalists, and Cohen took home the 4th Overall Speaker Award for the day.

“Back in 2018, I went to my first ever British Parliamentary debate tournament. At the end, I discovered I was ranked in the absolute last place,” said Shanley. “Every lesson from every loss brought me to that final round just as much as every win. I am loving every minute of this journey.”

Shanley was not the only debater to experience an exciting first. On Saturday, freshman Spencer Backman won his first tournament trophy: the 2nd Novice Speaker Award.

“It was great being recognized for my speeches, but what made the tournament great was getting to be part of the team,” said Backman. “Learning debate is difficult. The team [and] the coaches made it much easier and provided the support I need to continue learning and enjoying debate.”

In the final NPDA round, Donahue and his partner advocated for a theoretical performative position denouncing anthropocentrism – the belief that human beings are the most important entity in the universe.

“The inexplicable nature of life is a concept that has eluded us for millennium,” said Donahue of his performative advocacy. “Being able to debate whether or not we need radical change through ending all humans during the performance we gave in finals touches specifically on the absurdity of existence and the careful balance we exist in.”

Other team members such as Erin Pyper and Bronwen Tedrick achieved personal accomplishments and represented Lynn competitively in preliminary rounds. Pyper fought for and earned her first tournament-round victory on Sunday, and Tedrick set a standard of resilient professionalism admired by debaters from many schools.

“When I won my first round, I was surprised about the win,” said Pyper. “I overall enjoyed my experience at Lakeland because I learned many tips from my hybrid partner. Thanks to my hybrid partner, I learned to work smarter, not harder.”

Professor Kate Hamm, Dr. Eric Hamm and Assistant Coach Will Conway arranged travel, prepared arguments and provided leadership and guidance for the team throughout the weekend.

“Everyone brings home personal victories, from winning rounds to running new types of arguments,” said Professor Hamm. “I am especially proud of the team as a whole for the reputation we are forming as the competitive yet kind team.”

For more information on the debate team, email one of the coaches or check out the team’s Instagram page: