The Countdown Begins For The 2020 Election

The 2019 elections took place last month in Virginia, Mississippi and Kentucky and have shifted the focus to 2020.

The biggest and most surprising result occurred in Virginia, which held elections for all 40 state Senate seats and all 100 seats for their House of Delegates. For the first time in a generation, the statehouse and the state Senate flipped to the Democratic Party.

“That [result] was a shocker; it is a major win for the Democratic Party,” said Robert Watson, distinguished professor of American history. “Moreover, the democrat [winner] is somewhat unknown and a relative newcomer, while the Republican he beat has been a very longstanding and popular judge in Alabama.”

In the governor’s race in Kentucky, Democrat Andy Beshear appeared to have won the election by 5,000 votes. However, the Republican incumbent Matt Bevin insists that there was fraud in the election and has urged the State legislature to investigate. However, on Nov. 14 Kentucky’s 120 counties recanvassed the votes from the Nov. 5 election, and only one vote changed.

“[The result shows] that something is changing,” said Watson. “One of the biggest advantages in politics is incumbency, the incumbent wins 90 percent of the time. So not only is it shocking that Kentucky elected a Democratic governor, but he beat an incumbent [which] President Trump campaigned for the night before the election.”

For Republicans, the best news came from Mississippi, where they won the race to replace outgoing Democrat Gov. Phil Bryant. While the state is ordinarily a red state, the Republican Lt. Gov. Tate Reeves faced arduous competition from Democratic Attorney General Jim Hood, a moderate candidate who had already won statewide four times.

“The Republicans had to put money and resources into winning a race in Mississippi, that usually is not even competitive,” said Watson.

Now, the countdown begins for the 2020 election, with the world waiting to see what drama may occur next. 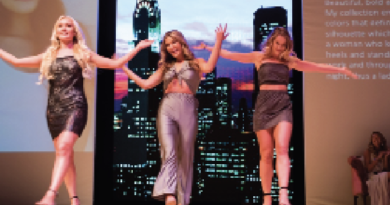 Fashion Blast From The Past