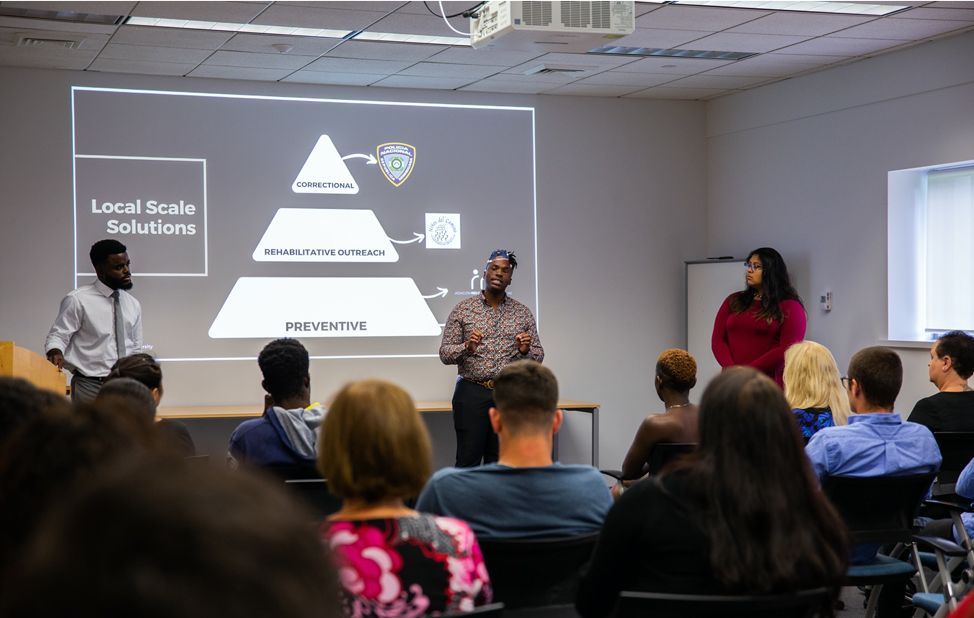 Recently, a team of Lynn University students gave a presentation in the library about their No Existe documentary project to raise awareness about the “street” children crisis in the United States, the Dominican Republic and Brazil.

The United Nations Convention on the Rights of the Child is the most signed document in the world. Despite multilateral and overwhelming support, there are about 150 million children living on the streets worldwide.

During spring break of 2019, Watson scholars James Okina and Isaac King traveled to the Dominican Republic to conduct research on Dominican homeless children. Many children make a living on the street and return to their homes, but other children strictly work and live on the streets.

According to Okina and King’s research, children often run away from their homes because of negative family dynamics, such as abuse. Once on the street, many children are forced to work in reprehensible conditions. Seven percent of prostitutes in the Dominican Republic are minors and 88 percent of

these underaged workers’ clients are visitors from foreign countries.

After a successful trip to the Dominican Republic, the No Existe team plans to travel to Brazil during the winter break. Watson scholars Wainright Acquoi and Bryan Nakambonde work along with film and television majors Gaia Jacobs and Mia Tippenhaur on the No Existe project with leaders Salma Moran, King and Okina.

“I want to be where these children are to aid them and to help them and give them the world,” said Moran, sophomore.

The research conducted in Dominican Republic has changed the lives of the No Existe team. Having the opportunity to be a part of this project has opened the team members’ eyes to the world of social impact. Feeling affected by this project, Moran added a social impact minor to her studies.

“I personally feel that every time we get to open up our mouths about this situation, we get to change

perceptions,” said King. “That is the biggest thing: raising awareness about street children. That is our mission. I want you all to walk away today feeling like you have been shifted, like you have been changed, and that doing something small can make a difference.”

For more information about the No Existe project, follow the Instagram page @no.existeamericas. To donate to the project, visit gofundme.com and search for the “Help Fund Our Service Trip to Brazil” campaign. 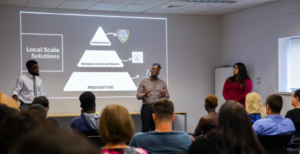