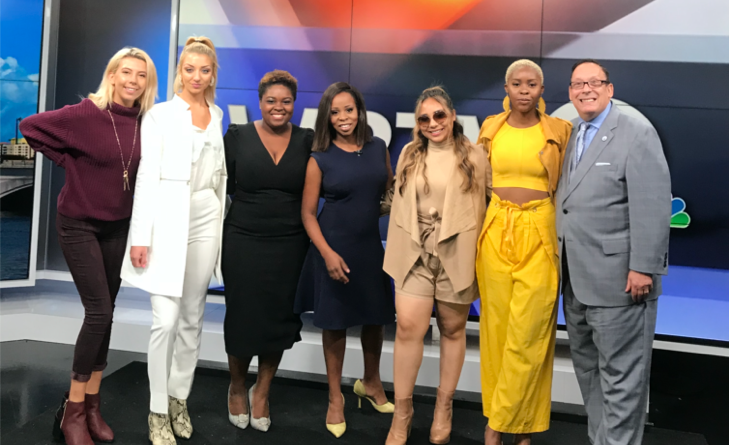 Andrew Burnstine, Ph.D., associate professor of marketing at the College of Business and Management, recently took five of his students to local NBC affiliate station WPTV NewsChannel 5 to appear on his segment, Dr. Fashion, to kick off the fall season with tonal fashion.

Dr. Fashion is Burnstine’s television persona that chronicles everything in fashion from new trends in men’s and women’s wear to accessories, watches, hats, shoes and more. Dr. Fashion also analyzes why presidential candidates, members of the royal family and Emmy, Grammy and Golden Globe nominees dress the way they do.

Burnstine has worked in fashion television sporadically for about 25 years. He began his relationship with WPTV NewsChannel 5 about five years ago after meeting a producer for the local South Florida network.

WPTV gave Burnstine the opportunity to be Dr. Fashion, and he quickly became beloved on the network. Burnstine has worked with all of the local television affiliates in South Florida, including Fox 29 news as well as the ABC and CBS affiliates.

“Dr. Fashion is something that I really like to do for my students at Lynn in the fashion marketing management program,” said Burnstine. “It is where I can really have them help me put together some of these segments. Many times, I have had students model on TV and do the background work for stylization and put it together. They can really learn a lot more about not only fashion, but fashion journalism, fashion photography and using fashion with television, things they can put on their resume and get the link to the segment.”

“Going to college, you learn a ton about your major, but going to Lynn you get hands on experience from professionals working in the industry. Dr. Fashion is one of my best mentors—he has taught me how to not only be confident in a competitive environment but to also enjoy the experience,” said Del Valle, Lynn alumna. “I loved having the opportunity of being on WPTV. I’m not a model by any means, but I believe that’s why Dr. Fashion asked me to be a part of the segment. I felt welcomed and empowered. I also felt like I was representing a certain aspect to fashion that can often be misjudged—it’s a creative space for anyone who is willing to be themselves and own who they are.”

Louissaint, a junior studying fashion and retail, is a supervisor at Lord and Taylor in Mizner Park. Lynn has worked with the department store on numerous occasions, making it a perfect fit to clothe the models for the segment. Loussaint was responsible for picking out the clothes and figuring out which tone fit each model best.

“I put effort into looking at each person’s body type and each person’s poise to determine what colors to put on them and how to style them. I did not want everyone to have a general shirt and pants look, instead each person had a different kind of pants,” said Louissaint. “There was a dressy pants look, flowy linen pants, jeans and then the shorts. I wanted to create an individual story with the tonal fashion because with tonal fashion you can easily get lost when just using one color versus wearing one color and telling a story.” 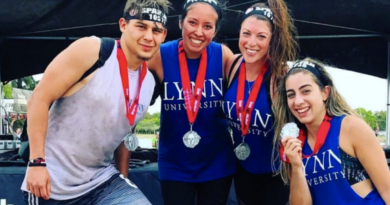 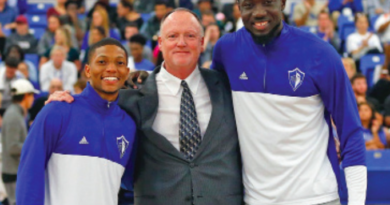 All 4 Them And All 4 Lynn: Senior Shoots High On The Court During His Final Season

MEET THE NEW AND IMPROVED CHRISTINE’S