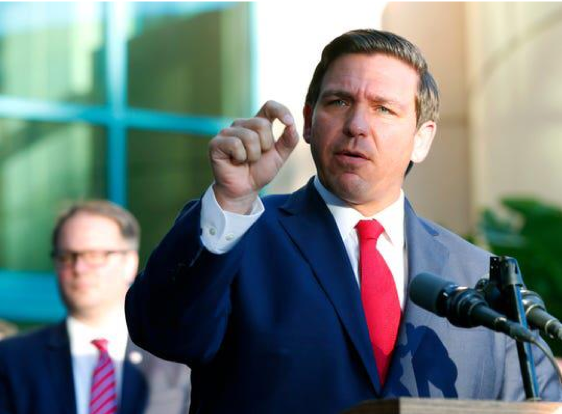 A Senate committee recently recommended that the Florida State Legislature should uphold the governor’s suspension of former Broward County Sheriff Scott Israel due to his department’s delayed responses to the 2017 Fort Lauderdale airport shooting and the 2018 Parkland shooting.

This past January, Governor Ron DeSantis removed Israel for abandoning his position before and after the Marjory Stoneman Douglas High School shooting. This suspension also addressed the department’s reaction to the Fort Lauderdale airport shooting in 2017.

“The victims with families impacted by the massacre at Marjory Stoneman Douglas High School deserve justice and accountability,” said DeSantis, governor. “I disagree with the analysis contained in the nonbinding recommendation, [but] the senators will render their own independent judgment on Scott Israel.”

Israel was originally elected in 2012 as the Broward County Sheriff and re-elected in 2016. He was suspended by DeSantis and replaced by interim sheriff Gregory Tony. Israel released the following statement prior to his hearing:

“I humbly ask the Florida Senate to approve my reinstatement so that I can continue to serve all [of] Broward County as the people’s elected Sheriff.”

Israel’s suspension was upheld by the Senate Rules Committee in a 9-7 vote. The Rules Committee vote was sent to the Florida Senate in its entirety, and it was officially determined he would not be reinstated.