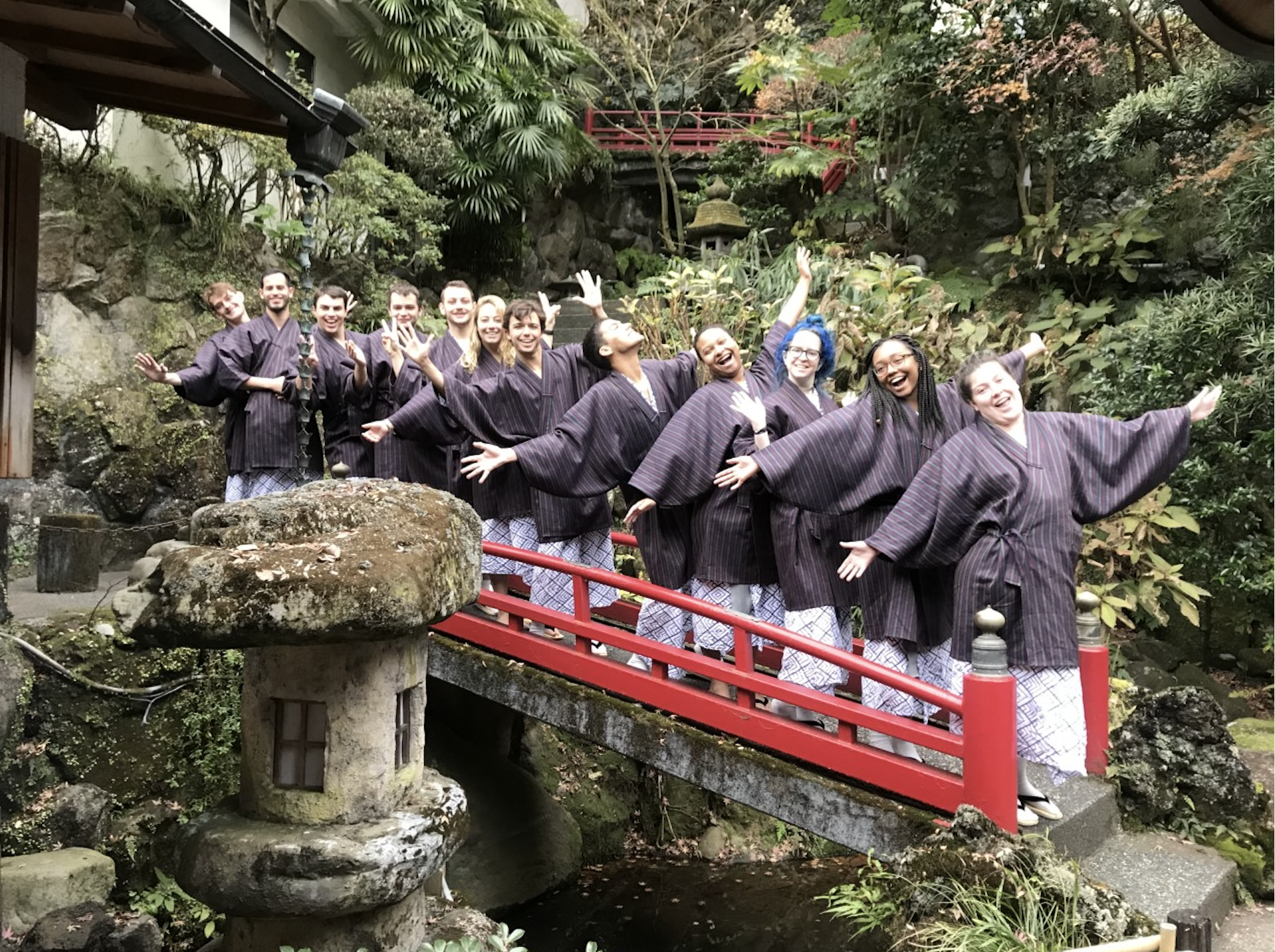 Rooted in deep Japanese tradition, forest therapy is growing in popularity in the U.S., and the benefits are ‘unbe-leaf-able’.

Forest therapy is a practice derived from a traditional Japanese therapy called “Shinrin Yoku,” which roughly translates to “taking in the atmosphere of the forest” or “forest bathing.” It was originally founded as a practice in the 1980s in Japan in order to promote forest conservation efforts. Since then, similar to the West’s adoption of yoga and meditation, the practice of forest therapy has spread to the U.S.

“It doesn’t surprise me,” said Professor Mark Luttio, a self-acclaimed ‘American body with a Japanese soul.’ “Just like karaoke, sushi, anime and everything else from Japan, it eventually finds its way over here.”

As concern for the environment rises, demonstrated by last month’s global climate strikes, the regard for natural spaces through forest therapy seems to follow suit, and the justifications are plentiful. There are numerous studies identifying the benefits forest therapy presents, including decreased stress levels, improved sleep and even increased immune system. It makes sense why such a high regard for these therapies exists in Japan.

“Nature plays a huge role in the life of the Japanese,” said Luttio. “There is a keen sense that living in harmony with nature will bring harmony in one’s own life.”

Practicing forest therapy involves extended exposure (about two hours) in a natural environment, like a forest or reserve, as far removed from the noise and distractions of city life as possible. It is then recommended, in a rather meditative way, to slow down one’s breathing, to employ the five senses to stay present and to fully immerse oneself in the surroundings of the forest. Fern Forest Nature Center in Coconut Creek, and The Morikami Museum and Japanese Gardens in Delray are some great places to try forest therapy for the first time.

“I take students to Japan every year, and it’s so eye-opening for them,” said Luttio, who leads a trip to Japan for the Language and Culture January Term, where students are able to partake in an authentic forest therapy experience for themselves. Contact the Center for Learning Abroad (cla@lynn.edu) or Luttio (mluttio@lynn.edu) for more information.