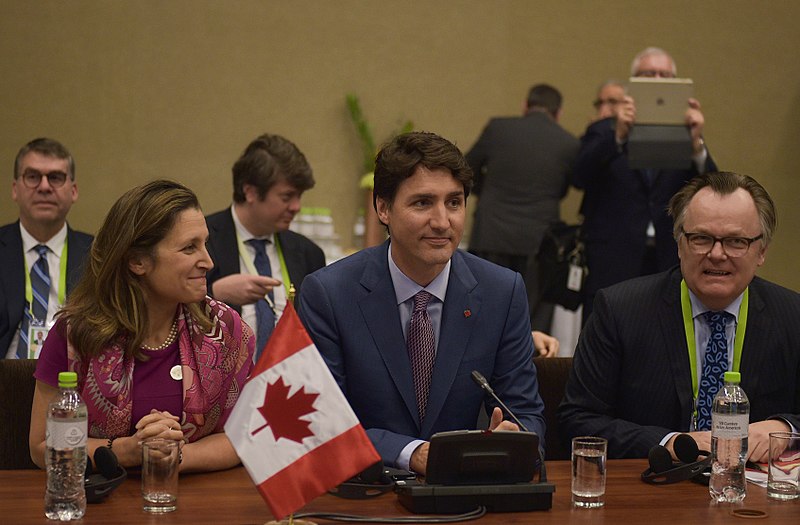 Before turning to politics, Trudeau worked as a teacher at West Point Grey Academy private school in British Columbia. The photo in question shows Trudeau wearing a turban and robe with dark makeup on his face and neck. When initially asked, Trudeau denied that he was the one in the yearbook photo, but he later admitted he was wearing blackface to portray the image of Michael Jackson at a dance party.

“I should have known better then, but I didn’t, and I am deeply sorry for it,” said Trudeau according to the Associated Press. “I’m going to ask Canadians to forgive me for what I did. I shouldn’t have done that. I take responsibility for it. It was a dumb thing to do.”

“Blackface in the United States has a long history and necessarily connects back to that history in modern usage–not just the obvious injustices of slavery, but also the persistent systematic persecution of a people for over four hundred years in America through minstrel shows, Jim Crow segregation and even today.  The racially diverse America has had to confront this history in a way that Canada previously had not. Countries without the same kind of overt persecution in their history often overlook the more subtle forms of racism like blackface until stories like this one bring that unarguably unacceptable behavior out into the public eye,” said Eric Hamm, assistant professor for the College of Arts and Sciences and Lynn’s director of forensics.

Nelson Wiseman, political science professor at the University of Toronto, said “race and blackface play a much bigger role in the U.S. politics than in Canada.”

Not only could this incident end Trudeau’s political career in Canada, but he will also have to face other members of parliament after this insulting revelation. Only time will tell how severely this may impact Trudeau’s career.