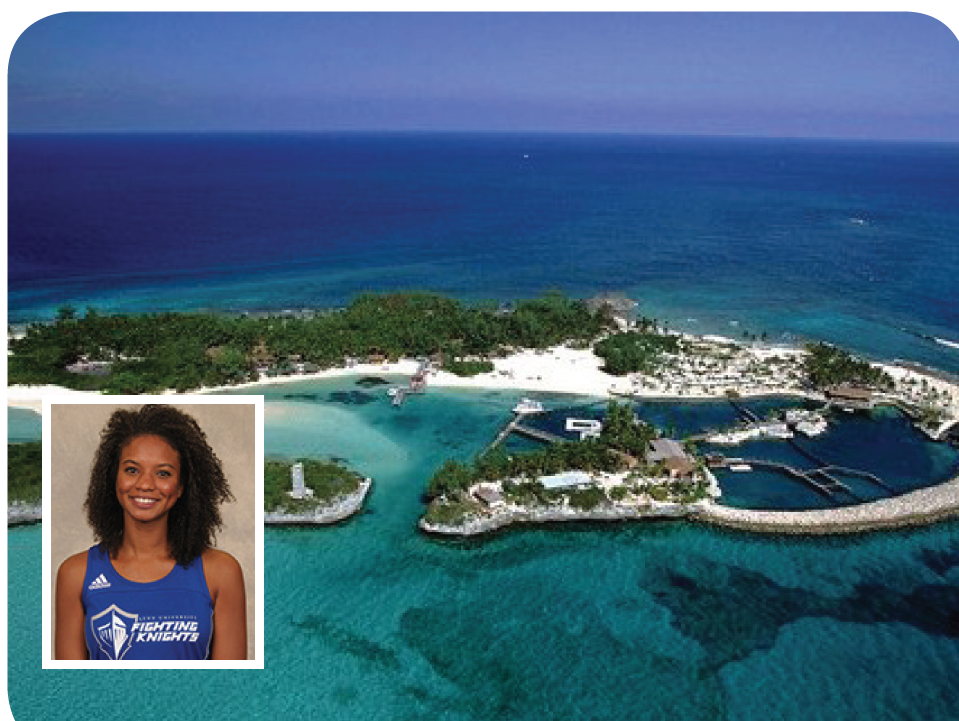 Lynn Student From The Bahamas Volunteers After Tragedy

Dorian made landfall in the Bahamas as a massive category five storm. The storm pounded the country for days as the strongest and slowest hurricane on record to hit the Bahamas. The northern parts of the Abaco islands and Grand Bahamas island took the brunt of the storm’s assault.

“Luckily where I live was not hit as hard,” said McCartney. “I’m fortunate to have hurricane shutters and a hurricane-proof house. However, some people still in Nassau were affected because their infrastructure wasn’t strong enough to withstand the weather that did hit our island.”

After graduating from Lynn with a bachelor’s degree in biology, McCartney began pursuing her master’s in Exceptional Student Education. McCartney combined her desires to work with children and help the citizens of her country by working alongside Bahamian children’s homes following the hurricane.

“I’m passionate about children – making them feel safe [and] comfortable, especially since they’ve been through such trauma,” said McCartney. “I’m working with a children’s home called the Ranfurly home for children in the Bahamas, the Meridian School, and Windsor Preparatory School. We are making sure that displaced kids have a place to go to school and a loving place to live.”

McCartney spearheaded an initiative to open a new school to accommodate the influx of children arriving in Nassau from other islands. She is working alongside a group of people who value the importance of education and are doing everything they can for the students to stay in school despite Dorian’s destruction.

This project has also partnered with local and international psychiatrists who will be working with the new school to provide one-on-one and group therapy sessions for the affected students.

“Volunteering is so much work, it’s hard and it’s incredibly emotional. I never thought I would be in this situation because during these times and in these situations it’s so easy to feel helpless,” said McCartney. “As much as we all try to help as much as we can, we never really know if we’re actually making a difference. What motivated me, however, is knowing that the kids that I’m caring [are] somebody’s daughter or somebody’s son. If something were to happen to me, and if I was separated from my children, I would want someone to pick them up and take care of them, and make sure that they know that despite it all, they are loved and they are cherished, and that there is still a bright future to look forward to.”