With the growth of technology and social media, many students have questioned what life would be like if these devices never existed.

Focusing on communication, the world would likely converse much more efficiently if individuals were forced to actually speak with one another, rather than hiding behind their gadgets.  Students, many of whom grew up with technology, agree a decided shift has occurred in society.

“I think that some people would be lost without social media and wouldn’t know how to communicate with others,” said Betsey Jefferies, senior.

Others have seen how a lack of online interconnectivity could affect how individuals perceive news.

“The world without social media would be much different than it is today,” said Matt Codwill, senior.  “Cyber-bullying would not exist, as there would be no platform for it.  Plus, we would still be relying on localized news for our view of the world; with much less exposure to the national topics we see today, people would be in much less of an uproar on a daily basis.”

Not only would interaction between individuals increase significantly without social media, but self-esteem at the personal level would likely skyrocket across the board as well.  Social media has forced users to compare themselves with others, constantly pitting their friends’ highlight reels against their own behind-the-scenes lives.

“The people of today text each other more than having to face one another,” said Brooke Weilheimer, junior.  “If there is an issue and you have no social media, you have to confront the person.  Everything becomes genuine at that point.”

While social media may be taking over daily life across the globe, it is interesting to consider how its disappearance could forever change interpersonal communication. At the very least, it seems online platforms have protected individuals from facing their issues.

Scenes from Lynn Drama’s Production of “Noises Off” 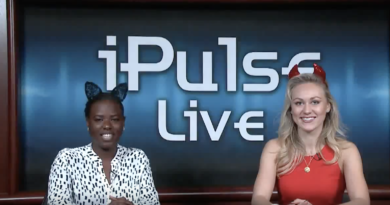