With the diverse population across Lynn’s campus, Project Civitas’ goal to promote civility in politics and public life is more apparent than ever.

Project Civitas, begun by Professor Robert Watson following the 2016 presidential election, is divided into two halves. Watson leads the faculty side while Blake Frame, a sophomore, leads the student organization.

“The goal of Project Civitas is to spread civility both on and off campus by programming and hosting events that encourage students to engage in civility and service, all while helping them make an impact on the community,” said Frame, president.

Frame had little to no experience working with a socially conscious organization on campus prior to finding Project Civitas. During a January Term class with Professor Antonella Regueiro, though, he discovered the campaign and never looked back.

“When [Professor Regueiro] told me what the organization does, I knew it was something I had to be a part of,” said Frame. “Being involved in many other things on campus, I can say that Project Civitas is unlike anything else I do. It’s so student-centric, which is exactly why I take so much pride in it.”

Last year, Project Civitas organized a Goodwill dorm donation drive, allowing students to donate old or unused items rather than simply discarding them. Not only did this initiative promote student mindfulness, but it also provided quality items to individuals in need.

This year, the students are planning on bringing back the event to continue to help those in need. Frame and his team also hosted the recent Marjory Stoneman Douglas candlelight memorial ceremony.

“We realized this was something we felt the community had to do since this tragedy was so close to home for many of us,” he said. “The event turned out so well. I took a great deal of pride in being able to give back in such a meaningful way.”

With yet another presidential election looming next year, the push for civility continues within the organization. As it moves forward with Frame at the helm, Project Civitas looks to have a bright future in the local community. 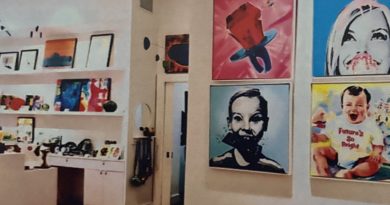