Huis visited the university to speak about the many ways he has left an imprint on Kenya.  Particularly, he highlighted his efforts in founding and managing the Macheo Children’s Centre for orphaned youth in the African nation.

Macheo was founded after Huis volunteered at a Kenyan orphanage, where he learned of the immense number of area children in need of a home.  Shortly thereafter, Huis began construction on the facility that now houses 56 of the country’s orphans.

“Because Kenya is a no-fly zone, we couldn’t send students to absorb all that Macheo had to offer to the community,” said Jerry Hildebrand, director of the Center for Social Impact.  “Instead, he came here, spoke in seven different classes, visited with two centers locally in addition to meeting with a great deal of both faculty members and individual students.”

By keeping to its foundational pillars of empowering and protecting vulnerable children and their communities, Macheo has steadily grown.  Not only does Huis’ organization house multiple children, but it also employs more than 140 Kenyans.

Sponsored by Jim Sempere, one of the Lab’s Council of Stakeholders, Huis’ visit sparked a new conversation – one that focuses on bringing international stories to Lynn’s campus.  For areas that may not be accessible due to safety reasons, the possibility of further utilizing these Changemaker Ambassadors in Residence to educate students is thrilling for all involved.

“[Sempere’s] organization in San Francisco, the Gnu Foundation, supports programs in five countries – Mexico, Kenya, Cuba, Guatemala and Haiti,” said Hildebrand.  “His involvement with Huis allowed this visit to take place, and it was very successful.  We want to duplicate this with the other countries we cannot fly into at this point.”

To keep tabs on the various individuals the Lab hopes to bring to campus in the coming months, visit their office on the first floor of the International Business Center in the Snyder Idea Lab.  Those interested in learning more about Huis and his organization may visit macheo.org.

Golfing Across the Atlantic 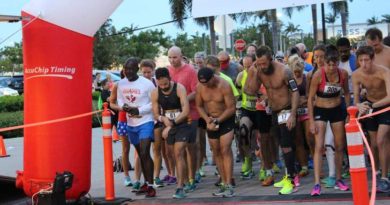 Runners Give Back to the Children 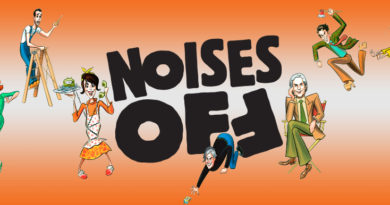 Scenes from Lynn Drama’s Production of “Noises Off”