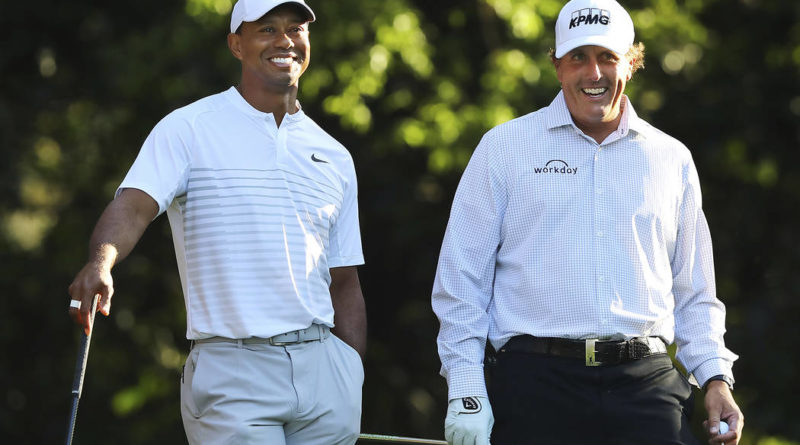 Next week’s pay-per-view face-off between PGA golfers Tiger Woods and Phil Mickelson has all the makings of a Thanksgiving weekend classic.

While football is the commonly celebrated sport at this time of year, the showdown between the two elite athletes sets the stage for golf to establish relevancy.  Especially as their season came to a close more than a month ago, the chance to draw attention to their sport has both Woods and Mickelson excited.

“It’s an opportunity for us to bring golf to the masses in primetime during a period where we don’t have much going on in the world of golf,” Mickelson told ESPN in late August.  “It’s a way to show a side you don’t normally see, allowing you to hear some of the interaction between us.”

The pay-per-view event, set for Friday, Nov. 23, at Shadow Creek Golf Course in Las Vegas will feature a $9 million prize to the victor.  Per sports wagering brand Westgate Superbook, Woods is the heavy favorite at -200, meaning bettors must offer up $200 dollars on a Woods victory for the chance to win $100. To create revenue, the showdown brings a $19.99 charge, streamed live by most cable services.

While Woods and Mickelson both see the potential impact of their matchup next week, the local community also identifies with the excitement.  Both golfers are well connected with South Florida, leading individuals across the area to hold high expectations for the affair.

“It’s really going to be fun to see two figures that, at their peaks, were the most dominant golfers around finally facing,” said Jenny Ayala, graduate student and former member of the Lynn women’s golf team.  “It’d be really cool for Tiger to win for his comeback statement, but Mickelson is a short game artist around the greens.”

Assuming this Thanksgiving showdown is received well by viewers, Woods and Mickelson hope to inspire a series of high-stakes, head-to-head matches each year.  They want to forever alter the way golf is perceived by implementing a varied match play format, featuring numerous challenges mid-match including longest drive, closest to the hole and longest putt.

While most eyes will focus on college football’s rivalry matchups or the NFL’s annual Thanksgiving Day meetings next week, the bout between Mickelson and Tiger cannot be overlooked.  For some, the future of the sport lies in the hands of the two golfing icons next Friday.

To watch the showdown, individuals can check with their local service provider or visit live.bleacherreport.com.