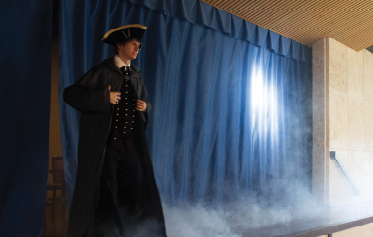 From those dressed as the grim reaper to ninjas, all kinds of costumes dazzled the crowd.  With only three prizes offered, the competition was fierce.  Murphy received a $50 Amazon gift card for her creative efforts, while the second and third place finishers each won assorted sweet treats.

“It was really awesome to see such a variety of costumes,” said Matthew Stanton, junior. “I didn’t expect so many people to hand-make pieces of their costumes.”

Last year, Greta Wittmer, junior and former GAME president, impressed attendees as Daenerys Targaryen from the HBO series Game of Thrones.  Though the initial contest one year ago was a large success, numerous policies were implemented for this year’s event to improve the quality of all costumes.

“Some people with store bought costumes did well last year,” said Brooke Rader, GAME e-board event planner and treasurer. “This year, we made amendments to the judging criteria to make it fair for those who put more effort into creating their costumes.”

The judging panel for the event featured both Tom Carlsen, GAME’s e-board president, and Mikaylah Perry, president of the fashion and retail association.  With the panel focused on creativity, quality and execution, attendees were sure to focus on realism and professionalism in their designs.  Matt Cowell, GAME e-board vice president, served as the announcer for this year’s contest.

“We were hoping to expand from last year and get the campus more involved,” said Colwell, senior. “As an announcer, I wanted to get everyone excited while we were doing the event.”

Founded in 2012 and originally known as the Graphic Novels Club, GAME has succeeded in appealing to the media community on campus.  The organization prides itself on offering a judgement-free home to those with not-so-commonplace interests.

“GAME club is an all-inclusive environment for anyone who considers themselves some kind of nerd or geek,” said Rader, senior. “For those who like Star Wars, comics or anything like that, we are just like them. We want to provide a place where you never have to feel like you’re alone.”

For more information on GAME club events, individuals can attend their open meetings each Friday at 5 p.m. in ASSAF 213. 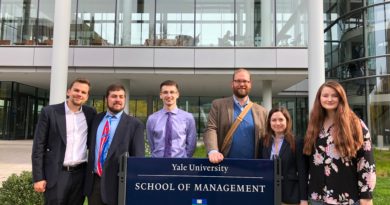 From South Florida’s Circuit to the Ivy Leagues