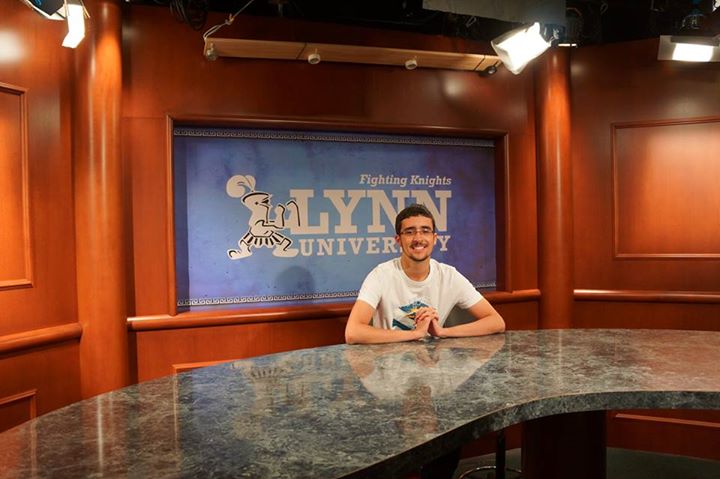 By the age of nine, Victor Batista was already a global citizen. Having lived in Portugal, Brazil and Chile, he has had the opportunity to call numerous places home, but fate would ultimately lead him to Lynn, his second home.

In 2014, Batista made the decision to leave Brazil to set his sight on Boca Raton and Lynn University.

“My university in Brazil was on strike and I was looking for a new opportunity outside of the world I knew,” said Batista. “I remembered Lynn reps visiting my high school, so I took a tour and was really impressed with what I saw here.”

Batista cites the beautiful campus and individual attention he received from admissions as some of the reasons for his transfer. His parents, Altimir and Marcia, wanted to stay close to their son, the youngest of four children, and followed him to Florida.

“I’ve lived in a variety of places, but none as culturally diverse. Everywhere you go you see people who have come here and contributed to the whole melting pot idea,” he said. “There’s endless possibilities here just a drive or short flight away. Whatever it is, there’s something here that fits your life and what you want to do with it.”

Wanting to experience everything, Batista has been an active member of the Lynn community. During his undergraduate years he was treasurer and vice president of the Sigma Alpha Epsilon fraternity, an iPulse staff writer, communications intern and a graduate assistant in the Center for Learning Abroad office.Going to class and working alongside Lynn’s international community has also broken down barriers Batista did not know he had.

“I had never known anyone Jewish or Muslim before I came to Lynn,” said Batista. “Meeting these people squashed all the preconceptions and stereotypes. I love the diversity Lynn has.”

With an MBA in marketing, a lengthy resume and strong support system of family, friends and colleagues, Batista looks to the future.

His dream is to practice law as part of an international business firm and continue to travel the world. The Lynn community has left its mark on his heart and he intends to use all he learned to explore the opportunities the world has for him.