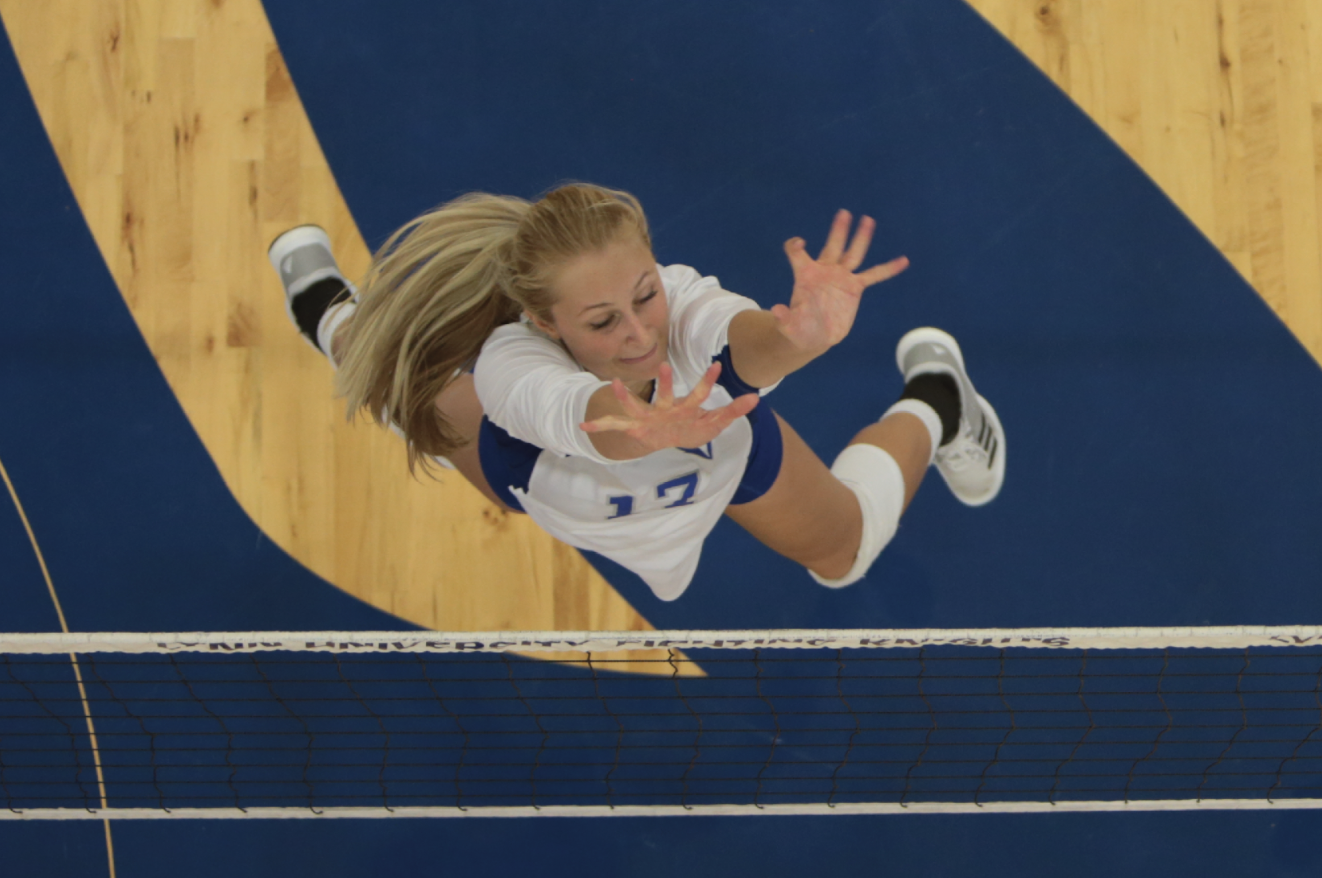 With her mother being a four-year member of the Florida Gators women’s basketball squad and her father a standout for both his college football team and the NFL’s Tampa Bay Buccaneers, Lauren Odom was seemingly always destined for athletic success.

Both alumni of the Gainesville sports powerhouse, Odom’s parents had high hopes for their daughter as she aged. Both Linda and Jason Odom wanted to share their love of sports with their kids to highlight the lessons learned and experiences they gained.

“I’ve always wanted my kids to play a collegiate sport because it teaches so many life lessons and builds a strong work ethic,” said Linda Odom. “Lauren’s younger brother is also heavily involved in high school sports as a result.”

Lauren Odom fell in love with volleyball in high school, with her abilities allowing her the opportunity to play at the next level. She knew there would be pressure to perform and to make her parents proud, but she was willing to take on a challenge. Not only has she fallen in love with her sport, but she has also grown lifelong friendships, developed a more determined mindset and become a more disciplined individual.

“Having two collegiate parents [created] a lot of pressure for me to succeed in sports [because] of [their] legacy. However, they have never tried to put pressure on me,” said Lauren Odom. “I’ve learned from my growth as an athlete that all they have wanted to do is support me to be the best I can be.”

Knowing that her parents are her most stable support system, Lauren Odom has continuously sought to do the best that she can for herself and for them. They encourage her to get the most out of every practice and live her life through hard work, discipline and faith.

“I learned numerous things from my NFL experiences, but the most notable would be from my [NFL] head coach Tony Dungy,” said Jason Odom. “He showed me what it looked like to live out Christian faith in a powerful and real way.”

As she nears the end of her first-year as a college athlete, Lauren Odom has a better understanding of the lessons her parents hoped she would learn. Ultimately, all they would ever ask is that she enjoys the sport of volleyball and feels blessed with the opportunities it has offered thus far.

She is humbled by her freshman successes, including earning a starting spot on the team, setting a school blocking record and earning defensive player of the week. She looks forward to her future experiences that will help her in school and beyond.

“[My parents] have shared their past experiences with me about their athletic career to help me in certain situations and motivate me to give my best, no matter what the score or outcome,” said Lauren Odom. “They inspire me every day, and I strive to make them proud.”