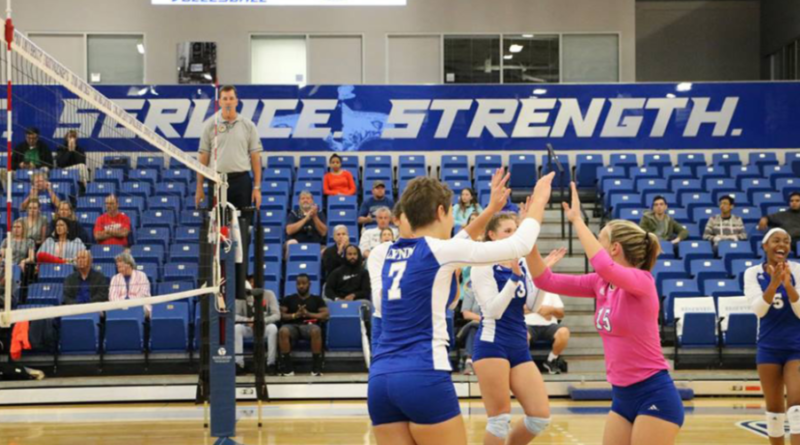 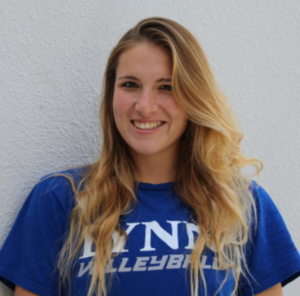 Lynn’s volleyball team, in their opinion, had a rough showing the first half of their season. However, with recent adjustments, they are now proving just how competitive they can be.

The Sunshine State Conference is one of the top conferences in Division II volleyball and has 2-3 teams ranked in the top 20 in the nation. The Fighting Knights face each team twice in conference play and the team determined to make the second time around a better performance than the first.

“The fact that we haven’t done well gives us more motivation to work hard and to win the rest of our games,” said Brooke Creteau, sophomore.

After the first half of the season, the Fighting Knights were facing tough adversaries, lack of chemistry and multiple injured players. The coaches and players knew they had to make changes to create a more successful second half.

With several lineup adjustments and improved team confidence, they now seek to come back stronger after a rough start to the season and look to secure a season sweep. Their motivation the highest it has been all season.

“We’re all excited to get a chance to play conference opponents for the second time around,” said Head Coach Adam Milewski. “The steps we’re taking with the team to improve revolve around improving our offensive balance and efficiency.”

The team have already played a closely contested match against nationally ranked and top conference rival Palm Beach Atlantic and have avenged earlier losses against Barry and University of Tampa at home.

“I think things are coming together more now than they have in the past having a different strategy and lineup,” said Lauren Odom, freshman. “It’s been tough having a team that’s never played together before but I feel that since we have a couple of really good games under our belt we can build on that for the future.”

With the ultimate goal being a return to the NCAA tournament, the team’s mindset is all about aggression and effort, leaving everything on the court and finishing each game with a win.

From Lynn To The Sierra Leone 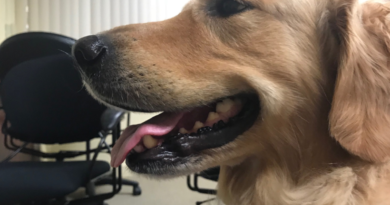