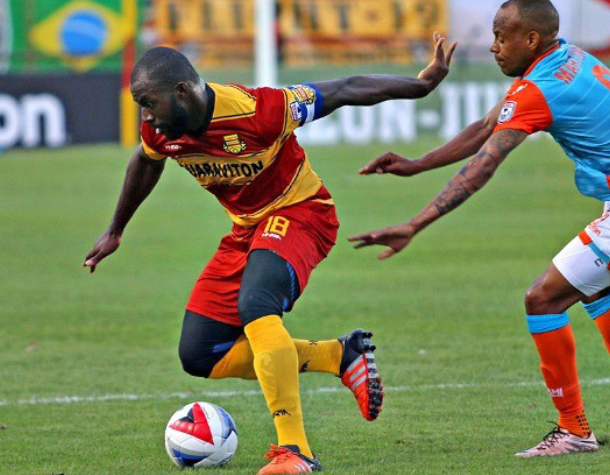 Jean-Marc Alexandre made sure to leave his mark on Lynn when he was drafted just as a junior into Major League Soccer. With his whole career ahead of him, he was able to work on his craft on a variety of platforms.

While playing for the Fort Lauderdale Strikers last summer, Alexandre suffered a potentially career-changing injury. In early July 2016, Alexandre tore his medial and lateral meniscus, in addition to his previously stressed ACL. “I was horrified when I was notified of the injury,” said Alexandre. “I knew how long I would be unable to play soccer.”

On Aug. 28 of last year, Alexandre underwent a four-hour surgery to help repair the inner workings of his knee. He was on bed rest for two weeks and was unable to walk without crutches for a stretched period of three months. Doctors said that it would take about eight months for him to be fully mobile and able to play soccer.

Alexandre is now in his sixth month of recovery. “I feel really progressive about my recovery process,” said Alexandre. “I feel stronger and stronger each day.”

“I am grateful to have my university to fall back on and support me throughout my recovery,” said Alexandre. “I also enjoy learning about new players and mentoring them in anyway I can.”

Alexandre is recovering quickly and plans to make his soccer debut this summer at the 2017 Concacaf Gold Cup, playing with the Haitian international team.

In addition to his playing career, he hopes to expand his non-profit organization, Jean-Marc Alexandre Soccer Academy, which mentors young boys in his hometown of Verrettes, Haiti, by providing recreational soccer. According to Alexandre, the program aims to introduce the youth to a life based on faith.

In the wake of his recovery, Alexandre also decided to pursue his Masters’ degree in business from Lynn’s online services. Although the odds were set against him throughout the past year, Alexandre does not plan on slowing down in his career and his future goals anytime soon.