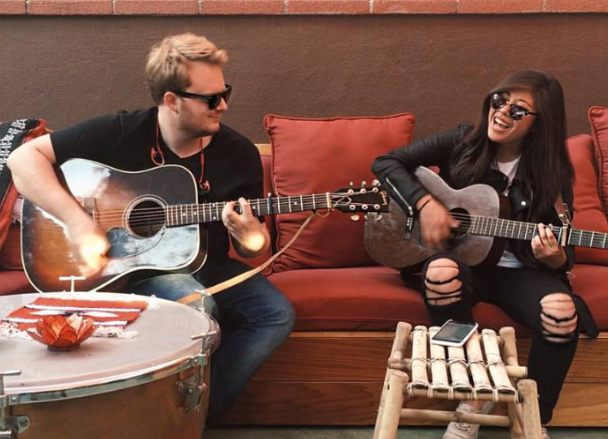 Sitting in front of a wall of TV monitors, Christopher Daniels, senior, observes each angle of the iPulse Live newscast, directing his talent and camera personnel through a wired headset.

“We are switching the story on Russian intervention with the uprising of rebels in Aleppo,” he says through the mic, leading his crew from the director’s chair in the production studio. “Standby, we are ready to go live.”

Daniels’ ability to lead a crew of a dozen students seems natural to the multimedia journalism major who wears the title of video editor for Lynn’s iPulse broadcast team. It comes as a surprise then, when Daniels reveals how new he is to the video production realm.

“When I was asked to lead the video side of iPulse a year ago, I thought it was a crazy idea,” he said. “At that point, I [had not] even taken a journalism class.” In a testament to Daniels’ natural talents, his first encounter with journalism was just last fall, three years into his academic career at Lynn.

“I went for history,” Daniels said, recalling the area of study he pursued upon coming to the university from his hometown of York, Pa. “I made a knee-jerk decision and switched my major to drama in my sophomore year. But it wasn’t until my junior year that a close friend of mine introduced me to iPulse.”

To the surprise of Daniels, iPulse offered a creative outlet into a sphere he had not explored before. From then on, the uncertainty that plagued Daniels three years prior in the wake of his move became clear.

“I came to school feeling pretty lost,” he said. “After discovering broadcast through iPulse, I was convinced that what I want to do is video production and I have never looked back.”

Under the guidance of Martin J. Phillips, associate professor and veteran television producer, Daniels cultivated, produced and directed a revolutionary iPulse Live news segment, which live-streamed daily to YouTube beginning in the spring of 2016.

“At first, [iPulse Live] was really rough because I was mostly doing it all by my self five times a week,” said Daniels. “This year though, I have an awesome team that performs outstandingly to ensure that this year’s iPulse is better than ever.”

Daniels’ iPulse Live conception transformed the broadcast element of iPulse, which, according to him, lingered behind an already renowned print segment in both popularity and respect.

“I hope that the video section of iPulse keeps improving after I am gone,” Daniels said, alluding to his approaching graduation in May 2017. “I hope iPulse Live stays a mainstay of the paper.”

The show’s continuation is the legacy that Daniels wishes to leave behind when bidding farewell to Lynn and beginning a new journey in L.A. For him, the cultivation of ideas within the walls of the broadcast studio is more precious than a degree. 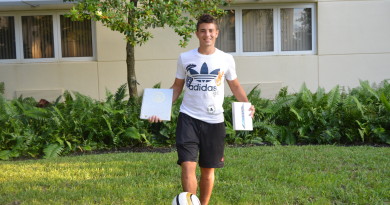 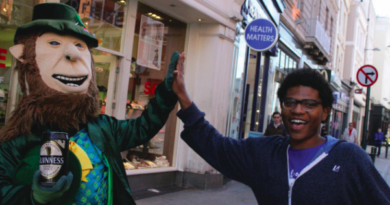 Taking Love For Performing To Ireland